Heat Like a Bird? More Evidence That Dinosaurs May've Been Warm-Blooded 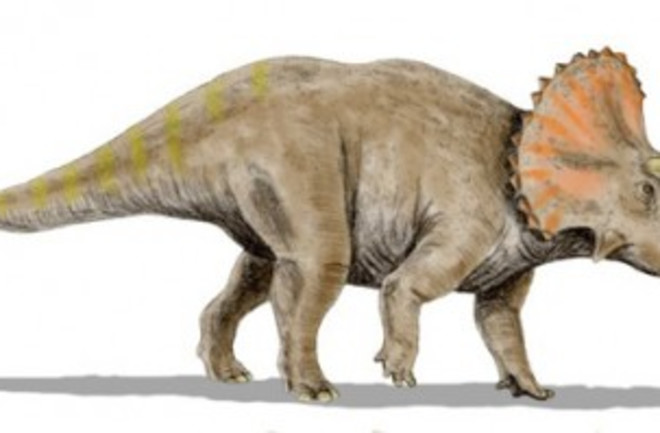 Paleontologists have long debated whether the dinosaurs were cold-blooded, soaking up heat from their surroundings like today's reptiles, or warm-blooded, able to generate their own heat the way modern birds and mammals do. Some scientists pointed to dark bands called lines of arrested growth in dinosaur bones as evidence that the animals were cold-blooded. These lines, much like tree rings, show times when growth slowed down due to limited resources---perhaps, researchers suggested, during off seasons when the heat-absorbing animal wasn't able to get enough energy from its environment. A new study in Nature, however, examined the bones of 40 species of present-day ruminants---many-stomached, very much warm-blooded mammals---from around the globe, and found these animals' bones show these same lines of arrested growth. Even mammals, it seems, slow down enough in tough times to leave these telltale marks in their bones. (Archaeologists have found similar bands, called Harris lines, in human bones from periods of malnutrition.) While this doesn't prove dinos were warm-blooded, it knocks down an oft-cited piece of evidence that they weren't. It's possible that the dinosaurs evolved high body temperature, and passed the adaptation onto their descendants, today's birds. Scientists already know that at least some dinosaurs were fairly warm: Recent isotope analysis of fossilized teeth from two large species showed their body temperature hovered between 96 and 100˚F. Further studies will have to distinguish, however, whether the dinosaurs were generating their own heat---and somehow venting it, no easy feat for gigantic creatures---or simply very efficient at holding onto heat they'd absorbed.