He Found the Innate Humanity in the Human Brain

“Noam Chomsky’s position in the history of ideas is comparable to that of Darwin or Descartes.” 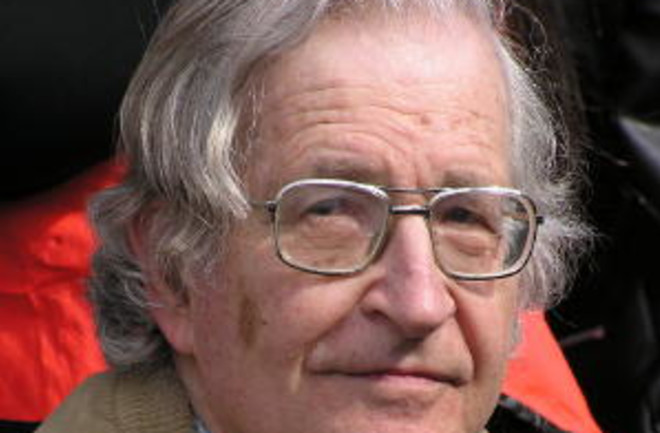 In his penetrating study of language, MIT linguist Noam Chomsky has given us a framework that is to culture what the genetic code is to life. “Noam Chomsky’s position in the history of ideas is comparable to that of Darwin or Descartes,” University College London linguist Neil Smith declared in Nature. “Chomsky has redefined our understanding of ourselves as humans.”

Aspects of the Theory of Syntax

(1965), presented a revolutionary approach to understanding language structure, known as generative grammar, positing that every child has the innate capacity to master language. Chomsky’s finding that language is genetically determined and part of the evolutionary process ultimately overturned the once popular notion that language comes to children through imitation and conditioning.

In addition to being a linguistic scholar, Chomsky has earned a worldwide reputation as an impassioned and informed political writer. His observations, which grew out of his opposition to the Vietnam War and, later, what he saw as the United States’ resorting to violence and other forms of coercion and domination abroad, thrust him into the spotlight and have made him one of the top pundits and gadflies of the day.

One reason for Chomsky’s enormous influence in both the “hard” and social sciences may be his willingness to share ideas and his embrace of open debate. “I don’t want any followers,” Chomsky once told an interviewer. “My message, especially to students, is that they shouldn’t be following anyone.”

An appreciation of Chomsky by Steven Pinker, professor of psychology at Harvard University and author of

The Stuff of Thought: Language as a Window Into Human Nature:

Noam Chomsky stands in the tradition of the great Enlightenment thinkers who combined a sweeping intellectual vision with meticulous technical analyses. He revived a rationalist conception of human nature in which the mind is richly endowed with creative powers at a time when behaviorism ruled and “innate” was a dirty word.

He showed that languages have an elegant mathematical structure, which set a research agenda for linguistics, psychology, and computer science for decades to come, namely, “What are the computations that allow a language to be learned and used?” And he uncovered countless intriguing phenomena of language itself. Who would have guessed that sentences as similar as “He appeared to Lisa to be brave” and “He appealed to Lisa to be brave” would have opposite meanings?

Chomsky is also a polemicist, spawning both steadfast disciples and implacable enemies. Some scholars find his theories overly abstruse and disconnected from biology. Yet despite having another life as a prolific activist, he remains, on the brink of his 80th birthday, the world’s most influential working linguist.