A preprint reports increases in the volume of parts of the brain after lockdown. 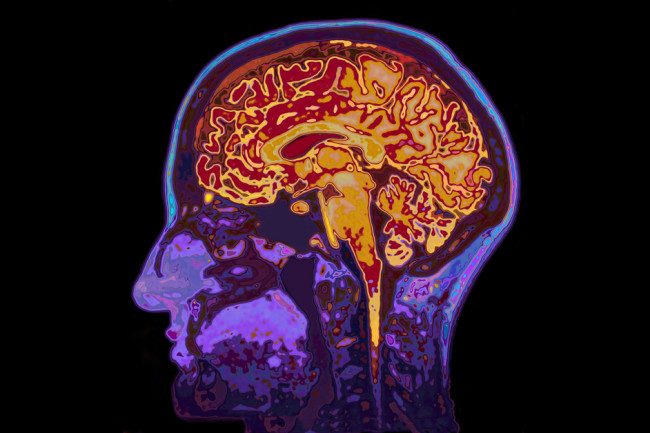 A new study is getting some attention, as it claims that the COVID-19 lockdown has affected peoples' brain structure. The work is a preprint, meaning that it hasn't been peer reviewed yet. It's available here.

To be clear, the new study is not saying that actual infection with the coronavirus has an effect on the brain. Rather, the study is about the impact of the whole COVID-19 experience in healthy people.

Researchers Tom Salomon and colleagues scanned 50 healthy volunteers in Israel. All of them were given an MRI scan between May and July of 2020, which was after the end of the original lockdown period in Israel. Crucially, all of the same volunteers had also been scanned before COVID started, mostly in 2019. (Presumably the original scans were part of a different study.)

By comparing the before and after-lockdown MRI scans of the same people, Salomon et al. found increases in the volume of the amygdala, and nearby regions, after lockdown:

The authors hypothesize that emotional stresses may have been responsible for the brain changes they observed. The amygdala, they note, is known to be associated with stress and emotion:

Our study demonstrates that volumetric change patterns in the brain occurred following the COVID-19 initial outbreak period and restrictions ... The involvement of the amygdala may suggest that stress and anxiety could be the source of the observed phenomenon.

Finally, the authors suggest that the authorities should take heed of these results and consider the costs of lockdown:

Our findings show healthy young adults, with no records of mental health issues, were deeply affected by the outbreak of COVID-19. We suggest that policy makers take into consideration the impact of their actions on the general well-being of the population they seek to help, alongside the efficacy of disease prevention.

In my view, Salomon et al.'s study is quite interesting. I was very skeptical when I first heard of it, but after reading it, the methods do appear solid.

However, there's no escaping that the study has a limited sample size. For a study of changes in brain structure over time, 50 individuals scanned twice is small. (To give an example of modern sample size standards, this study had 1,683 people scanned twice.)

Then again, Salomon et al. are to be congratulated for carrying out this study at all — the vast majority of MRI research was put on hold as a result of COVID-19. In most cases, it still hasn't restarted. So the very fact that this study exists at all is an achievement. But I don't think these results, on their own, are that persuasive.

I also don't think these results should necessarily alarm policymakers. A brain volume change can be interpreted many ways. (Especially a volume increase, which on the face of it, is a good thing, not a bad thing.)

Sure, we could interpret the increased volume of the amygdala as evidence that lockdown made people more anxious and fearful, but we could also interpret it as reflecting people becoming more supportive of the government due to the national crisis. I don't think the latter interpretation is likely, but the former is not much better.