Hanna: A Transhuman Tragedy of Nature vs Nurture 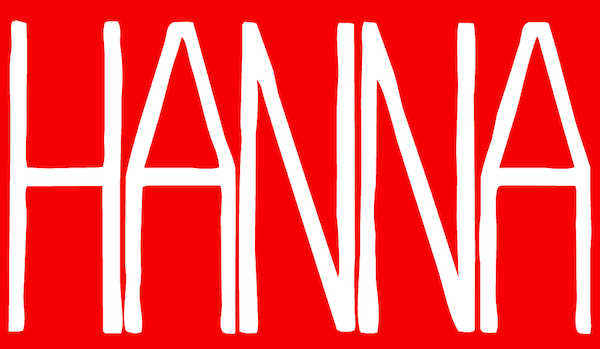 Heads up, this article has *spoilers* about the movie Hanna. Joe Wright's new film, Hanna, staring Saoirse Ronan is being hailed as the anti-

for its portrayal of a rich, rounded, and compelling female lead. Hanna is a young woman in her late teens (her age is indeterminate) who can beat you up, break your neck, and shoot you down six ways from Sunday. Why is she able to do that? Well, that right there is an interesting question. You see, Hanna was genetically engineered to have "high intelligence, muscle mass, and no pity." But here's the rub: she was also raised to be a trained assassin. So who is to credit (or perhaps, to blame) for Hanna's ability to crush faces with naught but her hands and an emotionless grimace? Is it her genes or her training? The film ostensibly portrays Hanna as a naive heroine striving against her draconian and demonic "mother" figure, Marissa Wiegler, with the help of her noble father, Erik Heller. But I submit that is not the case: I believe the "teaching" and "nurture" Heller gives to Hanna makes him as much a monster as Wiegler. Hanna's battle is to be a good human being against a perfect storm of nature and nurture designed to make her a heartless killer.Hanna, on initial viewing, symbolizes the contest between genetics and environment. Or, perhaps more familiarly, nature vs nurture. Cate Blanchett is Marissa Wiegler (pronounced by Hanna in proper German as a deliciously evil "Veeglur"), who we gather from the course of the film had more than a little to do with engineering a batch of children to be super soldiers. After deciding the project was a failure/waste/danger, she shut it down and slaughtered the guinea pig children. Eric Bana plays Hanna's "father," Erik Heller, the rogue agent who saved Hanna from Wiegler's clinical cessation of the program. Heller (as we see from a flashback) it seems was in love with the surrogate mother of Hanna. Heller rightly sees Hanna as a child worth saving, not an experimental product to be disposed of at Wiegler's leisure. To keep Hanna alive, Heller moved with her to a cabin in an endless wood "just below the arctic circle." There, amid the caribou and evergreens, he taught her from day one to be the ultimate assassin. Yet, if Heller sees her as human, not as a mere sum of her genetics, he does a pretty terrible job showing it. Hanna is raised in her father's demented version of home school with a major in survival skills and violence and minors in 10+ languages and science. They live off the land, training for a confrontation about which Hanna has little knowledge. Then, when he decides the time is right, Heller presents Hanna with the option to throw a switch that will "tell Marissa Wiegler where we are." Joseph Campbell would be proud at the simultaneous subtlety and neatness of Hanna's vector for crossing the first threshold of the hero's journey. We are lead to believe that Hanna has been trained by her father to protect herself so that she cannot be killed by Wiegler. This theory, however, is not the case. The reason is that, though their life in the wild is hard, Heller and Hanna have a good life. Hanna, thanks to her genetic enhancements, is an adept learner and needs no protection in the wild. She is in excellent health, has spectacular creative and critical thinking ability, shows inventiveness, and has appreciation for the wilderness that surrounds her. The film shows us that Wiegler and the US government in general had no idea where Erik Heller was, nor did they seem to care. If Heller had really wished to save Hanna, he would have simply destroyed the tracking beacon and lived a life of happy hermitage with his prodigious adopted daughter. But she knows nothing of music, of the arts in general, of human kindness or of the myriad aspects of humanity not comprised by Hobbesian elements. Heller never gives Hanna a choice. Instead, Heller raises an assassin. Then, after coaxing her to set events in motion, leaves to run his own parallel mission to kill Wiegler. The film is about Heller using Hanna as a pawn in his quest of vengeance. Heller "saves" Hanna from death only to then single handedly complete the experiment Wiegler and her genetics team started. In short, Wiegler bred Hanna to be a monster, and then Heller trained her to be one. Yet Hanna rebelled against both. What is astounding is that in spite of Heller's selfish and cruel rearing, Hanna is a good individual. She never harms an innocent (a Spanish dude trying to get fresh gets a scare, but nothing serious), nor does she present any level of irrational rage, maliciousness, or cruelty. When she fights, it is in an emotional vacuum and always in self-defense. Saoirse Ronan's portrayal even gives Hanna a moment of sadness and pity for Wiegler at the end. Echoing the scene that opens the film in which she kills a deer, Hanna is sorry that the death was painful and not instant. Wiegler's death is, like that of the deer, a necessity for Hanna's existence. Yet, in my mind, it was the death of Hanna's father, Heller, that signaled her true liberation. Neither Hanna's genetic coding nor her father's relentless conditioning could force Hanna to be any specific kind of person. Her will, her sense of self, and of right and wrong determined who she was. She acted to protect those who helped her and was visibly sorry for those who died or were threatened at her expense. Thus, the tragedy of Hanna is that those who had the means to shape her life, both biologically and environmentally, chose to treat her like a means to an end, not as the human being she would become. She is a transhumanist hero. I'd love to see a sequel exploring how she continues to discover the world her father did so much to hide from her.