Getting High Off Snakebites?

In a curious case report, Indian psychiatrists Lekhansh Shukla and colleagues describe a young man who said he regularly got high by being bitten by a snake. The 21-year old patient sought treatment for his heavy drug abuse, which included heroin and marijuna. He also reported a less conventional habit: he visited a local snake charmer, where he was bitten on the lips by a "cobra" in order to get high:

He reported that his peers and the snake charmer informed him that he would have drowsiness, euphoria, and feeling of warmth followed by a deep sleep after the bite. Subjectively he reported experiencing all these symptoms and they lasted for 2-3 days.

However, Shukla et al. were suspicious of this account, not least because the Indian cobra is highly venomous and its bites are usually fatal. So they decided to visit the snake charmer to find out what was really going on:

During the discussion with the snake charmer, he revealed that the alleged snake, in reality, is not “Cobra” but a ‘Rat Snake’ [which] has high resemblance with Indian Cobra and is valued for the same. He related that this snake has bit him multiple times and he never experienced any change in his mental state or developed signs of envenomation... The patient identified snake charmer, snake and was shocked to learn that it is non-poisonous.

In other words, the snake was a fake: it was a non-venomous species, and the 'high' that the patient experienced couldn't have been due to the bites. According to the snake charmer, the patient wasn't the only one who believed in the snake's power, though: other "young people come to him requesting a bite and he entertains them." 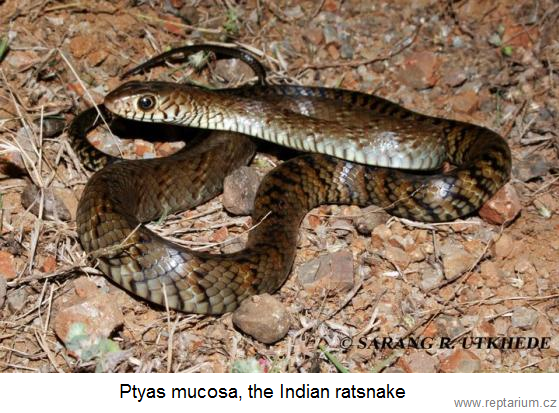 The authors conclude that the effects of the snake bites were probably due to the placebo effect, and that this could explain other reports of recreational snake envenomation too.

We propose that a high expectation of rewarding experience, strong suggestion, personality traits and most importantly the dangerous nature of willfully receiving snakebites explains the reported feelings of high.

So the snake was just a placebo. Perhaps it was a place-boa? At any rate, this case is a nice reminder of the power of suggestion. Other substances which supposedly produce a 'high', but which are almost certainly nothing more than placebos, include banana skins and aspirin mixed with Coca Cola.