From Neo-Fascism To Neurophysiology: The Strange Story of the INPP

Will Mandy drew my attention to a worrying piece of neurosensationalism at BBC News:

The charity is called Watch? and it seems fairly inoffensive, but one of the speakers at the Watch? conference (which prompted the article) is Sally Goodard Blythe from the 'Institute for Neuro-Physiological Psychology' (INPP) in Chester, England. This latter organisation has a rather remarkable history. 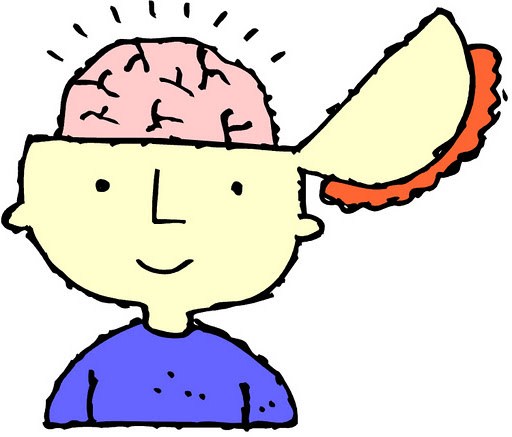 The INPP's About Us page says

The INPP was set up in 1975 by Psychologist Peter Blythe PhD*. to research into the effects of immaturity in the functioning of the central nervous system on learning outcomes, emotional functioning and behaviour.

That * leads us to a footnote which reads

INPP is an apolitical organization. It does not reflect or support any political, cultural, social or religious ideology or the personal views of its members or former members.

Well, that's good to hear. Because if they did reflect the ideology of their members, let's say, of their founder, then they would be a fascist organization. Quite literally. For, according to his Telegraph obituary, their late founder Peter Huxley-Blythe (his full name) was an active neo-fascist:

A vehement anti-communist who admired strong leadership, after WW2 Huxley-Blythe became involved in various extreme-Right groups. He became an associate of the American political thinker Francis Parker Yockey, founder of the European Liberation Front (ELF, a small neo-fascist group that split from Mosley’s British Union Movement in 1948), and of Guy Chesham and Baroness von Pflugl who helped to finance the publication of Yockey’s Imperium (1948), in which he argued for the creation of a fascist united Europe to defend Western culture. The ELF’s "12-point plan" demanded "the immediate expulsion of all Jews and other parasitic aliens from the Soil of Europe" and the "cleansing of the Soul of Europe from the ethical syphilis of Hollywood". Huxley-Blythe became the editor of Frontfighter, the ELF’s journal, and later on, in the 1950s, published the newsletter of a British-German group Natinform (Nationalist Information Bureau)... In addition, with Roger Pearson, he helped to organise the Northern League, a neo-Nazi organisation dedicated to saving the "Nordic race" from the "annihilation of our kind" and to fighting for survival "against forces which would mongrelise our race and civilisation" (leading members included the former Nazi eugenicist Hans Günther)... ...Peter Huxley-Blythe is survived by his wife, Sally [Goddard Blythe, current director of INPP International].

Still, that was a long time ago. Perhaps we should instead judge the INPP by their current supporters. Unfortunately, there are a number of eyebrow-raising individuals associated with the INPP. In recent years, their conference has hosted speakers such as... * Dr Richard Halvorsen, a British doctor who writes about vaccines causing autism.

If we are to allow the human soul to dwell within its connection to the creative mind of God, it is self evident that society must turn its attention to children because their energies are the most susceptible to change.

She also believes that Energy and Memory are what give stem cells their power:

In a sentence, the ability of stem cells to re-generate, re-engage and re-organize damaged structures of FORM and FUNCTION are directly dependant on the templates of Memories and the Energies that give life to and drive Body, Mind and Soul.

[In 2001] the Cripes [Mr. Cripe and his wife] represented ... that Mr. Cripe held a Masters Degree in Clinical Psychology from the University of California at Los Angeles and a Ph.D. in Psychology from Saybrook Institute... [however] although Mr. Cripe ultimately did obtain a Ph. D. in November 2003, that degree was from Barrington University, a non-accredited school. Mr. Cripe’s faculty advisor for his dissertation in psychology held degrees in Interior Design, not psychology. Mr. Cripe’s "attendance" was completely on-line.

When Cripe's business partner found out about this, around 2008, she broke off relations with him. This set in motion a series of legal claims and counterclaims, the outcome of which was that Cripe filed for bankruptcy protection in 2011. Cripe spoke not once but twice at the INPP conference, in 2007 and in 2009. He's also listed on some websites as a representative of the INPP franchise in the USA. Oh dear. But then again, just because INPP are linked to some dubious people, that doesn't mean that their ideas are wrong. Their idea is that many childhood problems (including ADHD, Asperger's, difficulty riding bikes, and problems learning maths) can be caused by 'neurodevelopmental delay' (NDD), a failure of the maturing brain to appropriately inhibit the primitive motor reflexes, seen in babies, that are normally switched off later in life. INPP offer 'interventions' (prices: by request only) to try to fix these imbalances. I will leave it to others to evaluate these claims - perhaps neuroblogger and developmental psychologist Prof Dorothy Bishop, who wrote about Sally Goddard Blythe and her claims about parenting previously. Bishop wrote that...

Mrs Goddard Blythe is entitled to her views. My concern is with the blurring of the distinction between opinion and evidence. When a view about effects of parenting is widely promulgated on national media, and is expressed by someone who is described as a consultant in neurodevelopmental education and Director of an Institute, the natural assumption is made that (a) they are speaking from a position of authority, and (b) they have some hard evidence. In this case, neither appears to be true.

A link to that article appears, strangely, on the INPP's website, and even more strangely it appears under the heading "Published articles by Sally Goddard Blythe".