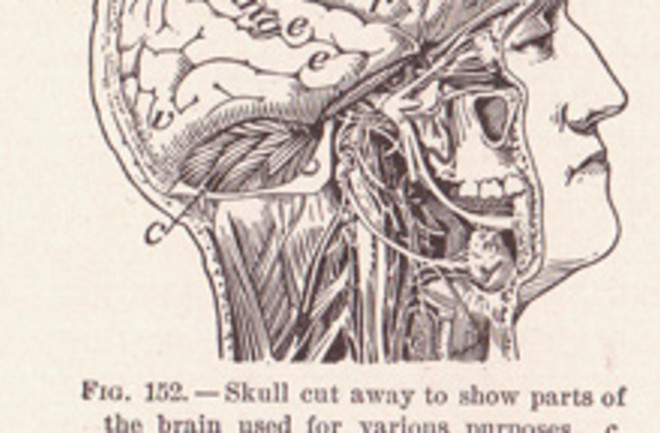 If there's a certain smell or sound that instantly brings back traumatic memories, it could be because those memories are stored—at least in part—in brain regions associated with the input of your senses, according to a study this week in Science. Neuroscientist Benedetto Sacchetti went looking in rat brains for the neural connections between the senses and intense memories.

Each sense, including sound, smell and vision, has a primary and a secondary sensory cortex area in the brain. The primary cortex sends sensory information to the secondary cortex, which then connects to emotional and memory areas of the brain [Science News].

In the experiments, Sacchetti and colleagues first trained their test rats to connect the painful memory of an electric shock with a particular sight, sound, or smell. Once trained, the rats froze in fear

upon hearing, seeing, or smelling the signal. Then the scientists damaged that secondary sensory cortex for the sense in question. Afterward the rats happily ignored the signal, their brains apparently no longer able to connect the sensation to the traumatic memory. How, though, can we know that the rats became brave because they lost the particular connection between one sound and one memory?

In all these experiments, rats with lesions were still able to form new fear memories, suggesting that the sensory cortices are needed to store, but not create, emotional memories [LiveScience].

Neuroscientist Norman Weinberger countered that the study can't say whether these secondary cortices are the sole areas connected to strong, emotional memories. Memory is difficult to restrain.

“What is the big story of the 21st century is that primary and even secondary cortices appear to be sites that are likely to store memories,” Weinberger says. “And there’s no part of the brain which is immune from memory storage of some kind” [Science News].

80beats: Study: The Brains of Storytellers And Their Listeners Actually Sync Up

DISCOVER: The Brain: The 4 Stages of Fear, Attacked-By-a-Mountain-Lion Edition

More From Discover
Planet Earth
Our Dogs Do Manipulate Us, According to Science
Mind
Lies, Deception and the Criminal Justice System
Mind
Humans Evolved To Be Lonely
Mind
Why Are People More Attractive the Longer You Know Them?
Mind
The Emotional Psychology Behind Investing
Mind
What to Know About Pandemic-Driven PTSD
Recommendations From Our Store
My Science ShopDiscover STEM Kits
My Science ShopDiscover 2022 Calendar
My Science ShopStrange Science
My Science ShopElements Flashcards
Shop Now
Stay Curious
Join
Our List