For the Elderly, Too Much TV Could Hurt Their Memory 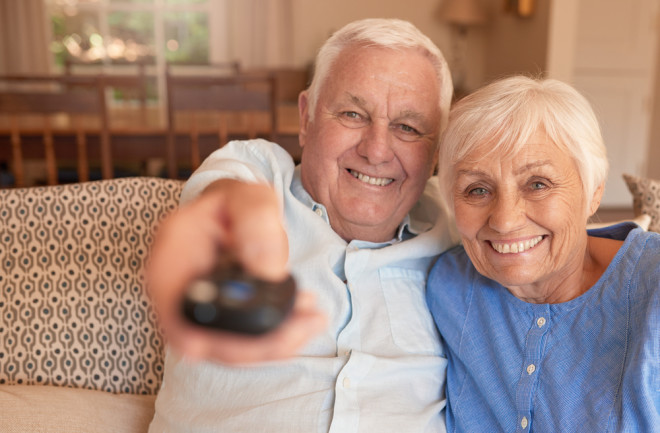 Everything old is new again in TV-land, as it so often is. Last week we learned that kids still watch more television than anything else, and this week a new study comes out confirming what many of us have long suspected: too much TV can rot your mind — if you’re over 50. It’s like the 80s never left!

Now, to be fair, it’s all couched in the careful language of science, so technically it’s a decline in verbal memory that is associated with watching a specific amount of TV over time. But the study’s authors, a pair of British researchers, write, “Our results provide preliminary data to suggest that television viewing for more than 3.5 hours per day could contribute to cognitive decline.” In other words, if you posses an aging brain, you’d do well to limit your time in front of the TV — or telly, as the researchers probably called it.

The findings appeared today in the journal Scientific Reports.

As with the children’s finding last week, the researchers got their raw data from an existing study, here the English Longitudinal Study of Aging. It chronicled the habits and health of participants at least 50 years old, and how they changed over the years. This study focused on 3,590 people first surveyed in 2008-09, and then followed up on six years later.

But the point was to see what all that viewing did to the participants’ aging brains. The team studied two specific types of cognition, semantic fluency (tested by thinking of as many animals as possible in a minute) and verbal memory (tested by remembering as many words as possible from a spoken list). First the good news: They found no associations with TV and semantic fluency — a commonly used marker of cognitive capabilities.

The bad news? “This study showed that watching television for more than 3.5 hours per day is associated with poorer verbal memory,” the authors write. Even accounting for other possible factors, such as demographics, health and behavior, everything suggests that people who watched a decent amount of TV ended up with worse brains. And most susceptible to the decline were people with higher baseline cognition  to begin with.

Interestingly, it was that exact figure, 3.5 hours a day, that seemed to produce the effect. “We were able to clarify that 3–3.5 hours of television viewing is not itself associated with poorer cognition, but viewing for 3.5 hours or more was,” the authors write. “Therefore 3.5 hours rather than 3 hours appeared to be an important threshold.”

The Pain of Aging Brains

Global populations are set to become older, on average, so scientists are looking for anything that helps us understand the risks an aging brain faces. The study’s authors point out that scientists have long studied the effects of TV on children, but “much less attention has been paid to the effects of television viewing at the other end of the lifespan.” And while many studies have looked at the effects of TV watching in general, they often saw it as a proxy for sedentary behavior — not the “unique cultural activity” it is.

Think about it: TV combines intense and fast-changing multi-sensory stimuli with almost total passivity. Your brain gets a workout, but your body sits still. This “alert-passive interaction” could fuel a kind of cognitive stress that ends up taxing our verbal memory skills. (The authors point out the proven cognitive benefits of more active screenwatching, like internet use and video gaming.)

And it’s also possible that it isn’t the TV itself that’s bad for aging brains, but rather that it gets in the way of behaviors that are actually good for them — stuff like playing board games, reading and taking in a show.

Whatever the cause, it seems safe to say that if you’re over 50 and have some spare time, maybe pick up a book instead of the remote. And try not to feel the peer pressure from your TV-watching grandkids.

To-Do Lists Free Up Memory For Other Tasks, Study Finds