FMRI Brain Scans May Peer Into the Brain's Future 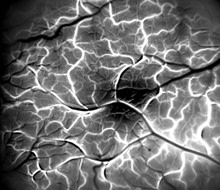 When neuroscientists stare at the brain scans of their research subjects, they may not be getting a clear picture of what's going on in those brains at one moment in time and how they're responding to current stimuli--they may also be catching a glimpse of how the brains are preparing to respond to future events.

Scientists using techniques such as functional magnetic resonance imaging (fMRI) make the assumption that blood flow into a particular brain region is directly linked to the amount of activity in the cells of that region. This is because active cells need more oxygen, and blood ferries it to them [Nature News].

Now, a surprising new study has found that blood rushes to parts of the brain where the neurons haven't yet jumped into action, and the researchers say this anticipatory response may be skewing the interpretation of fMRI scans. In the study, published in Nature [subscription required], researchers trained monkeys to respond to visual stimuli, and measured their reactions with both fMRI scans and electrodes inserted into their brains.

Sitting in darkness except for a light that switched on at regular intervals, the monkeys were trained to look away if it was red, and fix their gaze on the light if it shone green. When the timing of the pauses between the light flashes changed, blood flow still increased when the macaque expected a flash, but there was no subsequent increase in electrical activity from firing neurons [New Scientist].

"What caught us completely by surprise was that there was this huge anticipatory signal which appeared prior to us showing the visual stimulus," Das says. The purpose of this could be to supply cortical arteries in the visual region in time for the upcoming stimulus, he says [Nature News].

As fMRI scans are increasingly used to investigate people's emotional responses to a visual stimuli, future research in the burgeoning field will have to take care to avoid skewing the data.

Although the findings "by no means call into question the whole body of fMRI research," Das says they should cause fMRI researchers to rethink how they design and interpret their experiments [ScienceNOW Daily News].

Image: Y. Sirotin & A. Das, showing blood flow in the brain in response to a visual stimulus