Over the past few years I've covered (1,2,3) the work of Anders Eklund, a Swedish researcher who has discovered a potentially serious flaw in software commonly used to analyse fMRI data. Eklund has shown that popular parametric statistical analysis tools for fMRI are prone to false positives - they often 'find' brain activation even where it doesn't exist. The issue affects the leading software packages such as FSL and SPM. One main root of the problem is spatial autocorrelation - the fact that the fMRI signal tends to be similar (correlated) across nearby regions. Spatial autocorrelation is a well known phenomenon and fMRI software tools have systems for dealing with it, but Eklund and his colleagues says that these fixes don't work properly. Specifically, the problem is that the software assumes that the spatial autocorrelation function has a Gaussian shape but in fact it has 'long tails', with more long-range correlations than expected. Ultimately this leads to false positives. 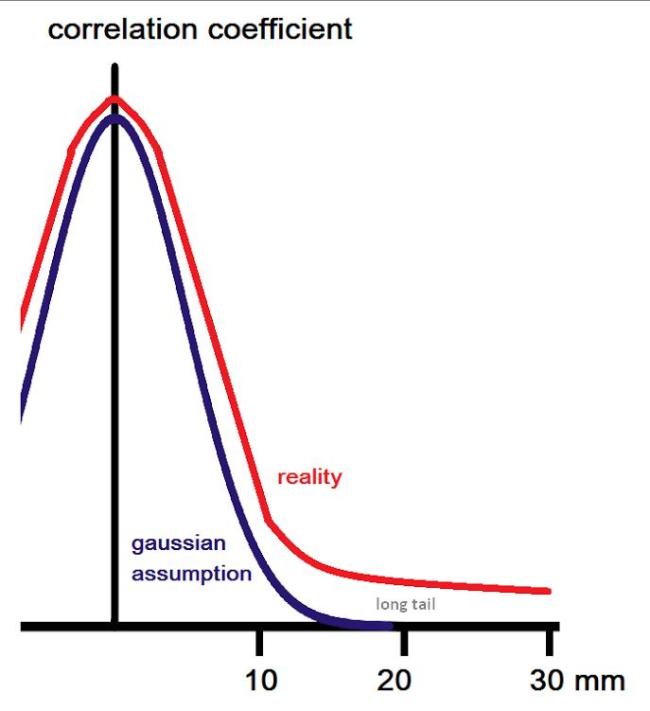 Now, Eklund has written to me to say that he's just learned that the long tail problem was actually noticed nearly a decade ago, back before he began to work on the issue. In 2008, neuroscientists Kriegeskorte et al. published a paper showing long-tailed autocorrelations in fMRI from the human brain and - remarkably - also in fMRI data recorded from a dummy brain, called a phantom. Kriegeskorte et al.'s phantom was simply a sphere, the size of a human head, full of water. The fact that the phantom data was long-tailed - albeit less so than real brain data - proves that the phenomenon is not driven by neural activity or any biological process. As Kriegeskorte et al. pointed out, it must be a fundamental property of the fMRI scans. However, they didn't discuss the implications of their findings for false positives in fMRI studies. 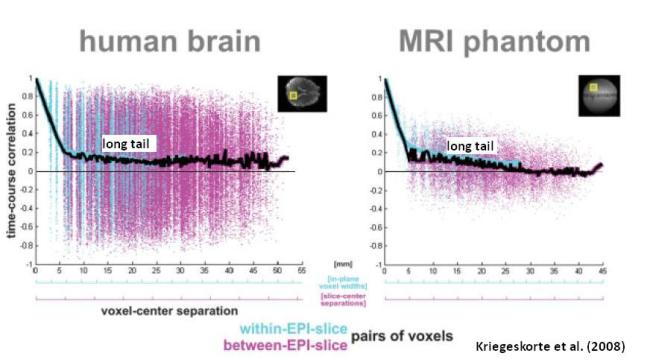 Unfortunately, the 2008 paper appeared in a fairly obscure journal, and it's fair to say it was ignored by the neuroscience community - it has been cited just 4 times. But it looks like we should have paid more attention. What can we do to overcome this problem? Eklund and colleagues have argued that one solution would be to move towards non-parametric statistical analysis of fMRI data. Software to implement this kind of analysis has been available for a while, but to date it has not been widely adopted.