First, in Jurassic Park 2: The Lost World, it was a T-Rex rampaging through downtown San Diego munching on house pets. Now aliens

have stealthily invaded the San Diego Air & Space Museum. This particular invasion, however, was invited--the Air & Space Museum is hosting the Science of Aliens traveling exhibit: a fun mix of science and science fiction. The exhibit is broken down into four areas: ALIEN FICTION The alien fiction section was small, and had a collection of movie props, videos, and sections devoted to Roswell and the Alien Autopsy video. Interestingly the content in the Roswell section was donated by the International UFO Museum and Research Center in Roswell, NM, so I felt it was slightly skewed in favor of the object that crashed at Roswell being of an extraterrestrial nature, while the content provided for the Alien Autopsy video practically screamed "THIS WAS A HOAX!" 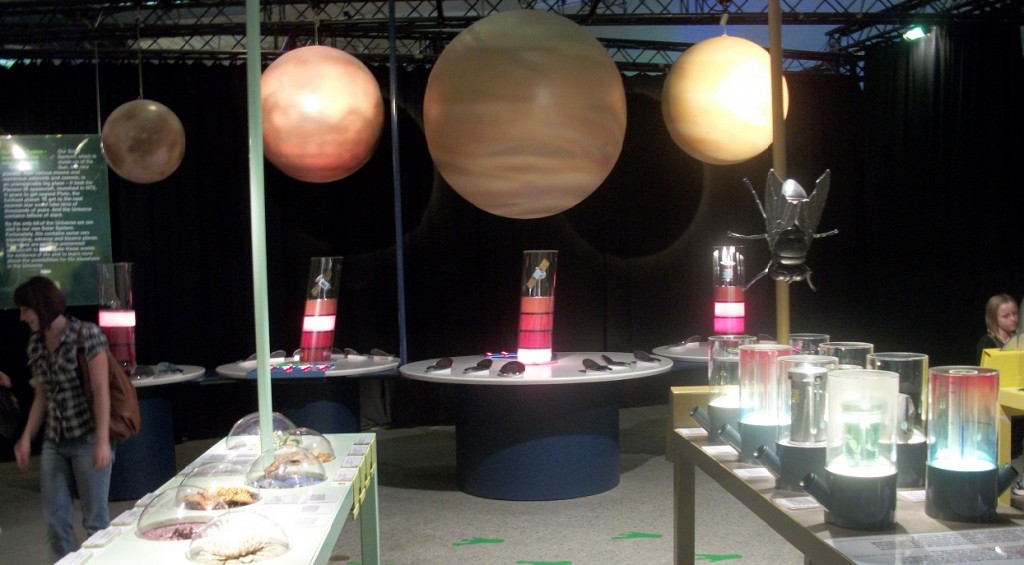 ? While astronomers and planetary scientists often make the claim that "we study other worlds to learn more about Earth," this section emphasizes the reverse: What have we learned about our planet, its life, and the Solar System to further help us find life "out there." There are exhibits that describe potential abodes of life in the Solar System, extremophile life, even bizarre Earth creatures that simply look alien. Of the four sections, this is the least speculative, most grounded in science. Later one of the docents told me that, surprisingly, this section is overwhelmingly the most popular with kids. ALIEN WORLDS To me this section was, by far, the most interesting of the exhibit. This section details the hypothetical worlds Aurelia and Blue Moon: the worlds and their ecosystems. Aurelia is a hypothetical planet that is tidally locked to a red dwarf; Blue Moon is an Earth-sized moon orbiting a jovian gas giant planet. These planets and their creatures were designed by scientists who study extremophile life forms, planetary scientists, and scientists who search for extraterrestrial civilizations. In fact, the creatures inhabiting both of these worlds are very reminiscent of those from Wayne Barlowe's Expedition

. It was also in this section that I was "adopted" by a very nice docent named Ann who personally showed me the aspects of various exhibits that she found most interesting. 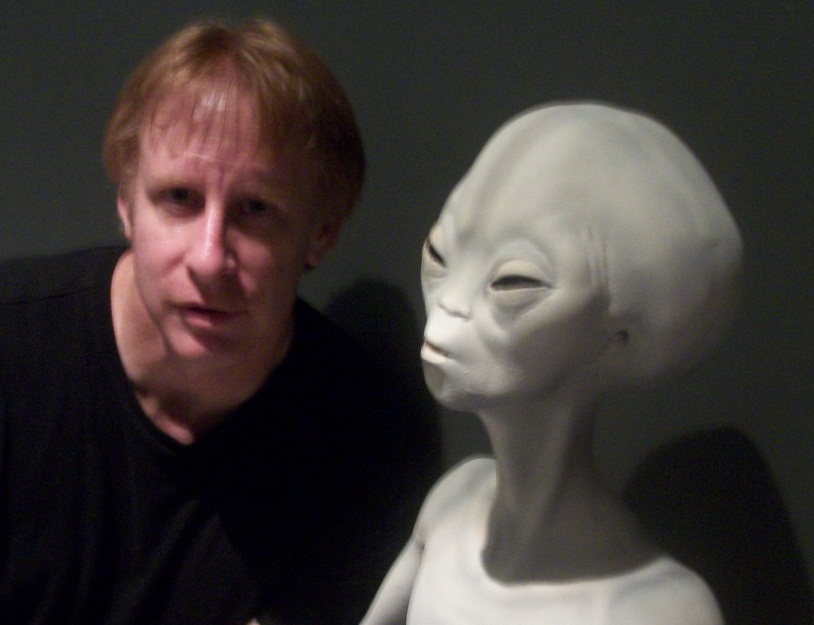 Thor! Buddy! Tell me if you've heard this one. An Asgard walks into a bar, and the bartender says, "Why the long face?"

ALIEN COMMUNICATION What is the like likelihood of there being other civilizations out there? If they are out there, how would we communicate? That's the theme in the final section of the exhibit. 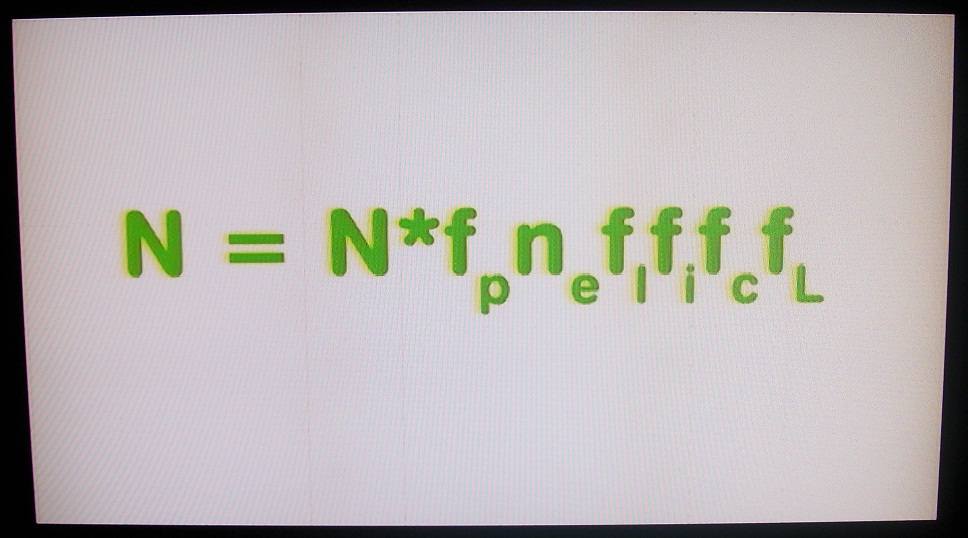 Hey I recognize that! The Drake Equation. After examining all the bizarre earthly "alien" life forms in "ALIEN SCIENCE", and after being transported to both Aurelia and Blue Moon in "ALIEN WORLDS," I found this last section relatively anticlimatic, and probably the least interesting of the four sections. There was, however, a fun little alien gift shop immediately beyond. I like little shops. Yes, I realize that I should have visited/posted before San Diego Comic-Con, when so many more people -- the kind who are likely to enjoy this kind of thing -- could have stopped in. Still, the San Diego Air and Space Museum will be hosting the Science of Aliens from now until the end of the year.