Everything Worth Knowing About ... How We Learn 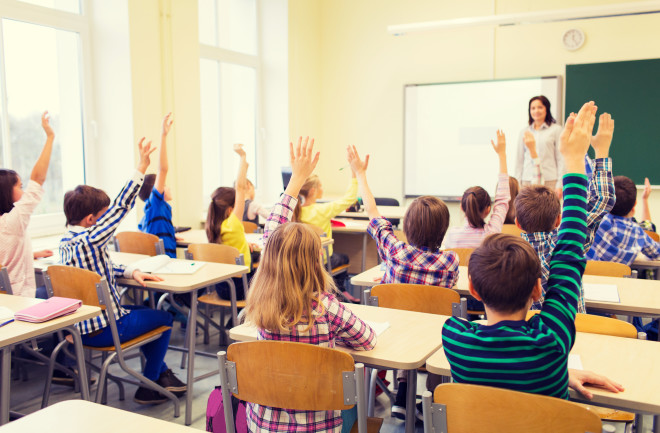 Every day, we flood our brains with new information and different experiences, packing even more memories into our vast collection. But how does that process play out? In the past 200 years, psychologists and neuroscientists have worked to learn how our brains learn.

Researchers continue to piece together how the brain forms memory. Here are a few regions thought to be involved:

What We’ve Learned From ...

Henry Molaison’s brain helped spotlight the hippocampus’ role in memory, so it was frozen for future study. In 2009, a team at the University of California, San Diego dissected the brain and created a 3-D model, a vast improvement over the MRI scans performed while Molaison was alive. Diego Mariscal/Brain Observatory/UC San Diego

Those Who Can’t Remember: To treat his epilepsy, Henry Molaison, known for decades as “H.M.” to protect his identity, had parts of his temporal lobe, including the hippocampus, surgically removed from both sides of his brain in 1953. Although the surgery reduced his seizures, he couldn’t form new memories. He remembered experiences and people he met before the operation, but not after. He learned new skills, but never remembered actually practicing them. Molaison’s experience suggested the hippocampus helps form new memories, while long-term memories and subconscious skill memories reside elsewhere in the brain. And Those Who Are Memory Champions: In the 1920s, Solomon Shereshevsky’s extraordinary memory piqued psychologists’ interest. His brain automatically conjured up images for words — blue evoked an image of a person waving a blue flag from a window; seven was a mustachioed man. Although the mental imagery overwhelmed Shereshevsky, it also helped him remember everything he devoted his attention to, such as written letters and lines of poetry in an unfamiliar language.

Memory champions — winners of contests that test feats of recall, like quickly learning the order of stacks of cards — have similar capabilities, thanks to certain mnemonic techniques. Joshua Foer, author of Moonwalking With Einstein, chronicled his attempt to become a memory champion. He concocted visually elaborate stories to memorize the cards’ order, such as Michael Jackson moonwalking (the king of hearts), John Goodman eating a hamburger (king of clubs) or Bill Clinton smoking a cigar (king of diamonds). Foer says these tricks don’t only work for memory champions. “All of our memories are extraordinary,” he says. “If you can cook up a crazy image, really see it in your mind’s eye, it becomes very memorable."

In his quest to become a memory champion, Joshua Foer came up with visually elaborate stories to help him memorize the order of cards within stacks. Christopher Michel

Chunking is another helpful memory technique that entails grouping random pieces of information into more meaningful and manageable “chunks.” For example, if you’re trying to remember a string of numbers, break it up into notable dates. (07041031 is Independence Day, then Halloween).

Infantile Amnesia The birth of new hippocampal neurons may help explain infantile amnesia — the fact that adults can’t remember experiences from before age 3. Lots of new neurons get added to hippocampal circuitry at that age, disrupting existing connections and causing us to forget experiences. In adults, new neurons pop up more slowly, but the forgetting continues, just to a lesser degree, and may serve to clear away meaningless and irrelevant information. “Luckily, young kids don’t forget useful skills like walking or talking,” says Paul Frankland of the Hospital for Sick Children in Toronto. “They only forget how they learned those skills.”

Putting a Place to a Face Itzhak Fried at the University of California, Los Angeles, has shown that when patients recall a video clip, their neural networks activate in the same way as when they first saw it. In other studies, Fried actually saw associations forming — neurons that originally fired for celebrities (like Clint Eastwood) began to also fire for landmarks (like the Hollywood sign) after patients saw pictures of the celebrity-landmark pairings. This shows that neural networks can change quickly to associate new information with old memories.

False Memories Without realizing it, we often make inferences to fill in gaps or remember being somewhere we weren’t because we’re so familiar with the story. It’s likely these false memories get reinforced the same way real ones do: During the recall process, the circuit gets fortified, strengthening the inaccuracies. Henry Roediger at Washington University in St. Louis, who studies false memories, says the brain can’t tell the difference between real and false memories, making our fabricated memories seem authentic.

A surgeon drills into a patient’s skull to prepare for deep brain stimulation. BSIP/UIG via Getty Images

How to boost memory: Perhaps someday, electrical stimulation could be used to strengthen specific memories. According to a 2014 study, deep brain stimulation, a treatment currently used for Parkinson’s disease, has been shown to spark memories and feelings of déjà vu in a small subset of people when applied to the temporal lobe, where the hippocampus lives.

A History of Learning About Memory