Everything Worth Knowing About ... Catching a Criminal

Getting an edge with high tech and lowly microbes. 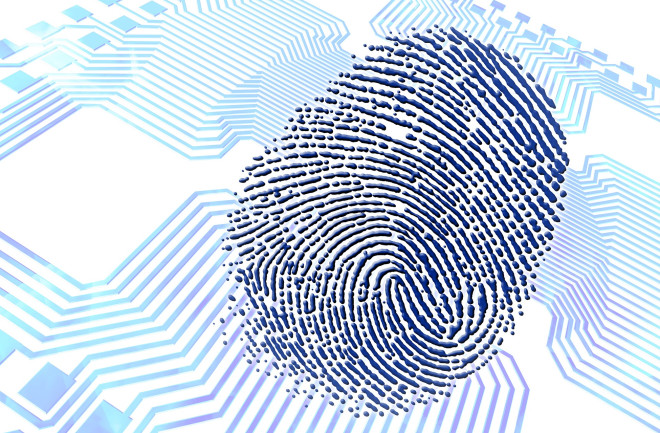 In 13th-century China, a field worker was killed with a sickle — and all villagers’ sickles were alike. So the investigator had every worker lay down his tool in a field, and observed that just one sickle attracted blowflies, which were known to seek out blood. Its owner, the culprit, immediately confessed.

The Chinese sickle slaying is one of the first reported cases of forensic investigation. The role of science in evidence collection and presentation has only become more important over time, and it continues to evolve at an ever-accelerating pace.

New discoveries are bolstering even the oldest techniques, such as fingerprinting, first systematized by Englishman Sir Francis Galton in 1892. For instance, in 2015, National Institute of Standards and Technology chemist Shin Muramoto found that ridges on a fingerprint release a substance known as palmitic acid at a predictable rate, allowing investigators to determine when prints were laid down and whether they’re temporally relevant to a crime. And at the University of Albany, chemist Jan Halámek recently published a method to determine the sex of the person who left a print based on proportions of amino acids found in skin oils.

One of the most significant developments in forensics — the advent of DNA profiling in the 1980s — also continues to advance. More than just a means of tying a suspect to a crime scene, genetic information can reveal clues about a culprit’s appearance through a process called DNA phenotyping. Indiana University-Purdue University Indianapolis geneticist Susan Walsh has successfully predicted eye and hair color based on genetic markers known as single nucleotide polymorphisms (SNPs), and Pennsylvania State University anthropologist Mark Shriver has used SNPs to make predictive digital mugshots.

DNA phenotyping has met some skepticism, which is important given an individual’s freedom may be on the line; overconfidence and pseudoscience both have a long and tragic history in forensics. Exhibit A: Galton, the father of fingerprinting, falsely claimed that criminal tendencies could be detected in the faces of people who physically resembled known lawbreakers. Last year, a study released by the President’s Council of Advisors on Science and Technology raised a fresh round of concerns, finding inadequate scientific support for standard techniques ranging from ballistics testing to blood spatter analysis.

However, forensic science is also a powerful technique to scrutinize itself, as researchers discover and correct past inadequacies. Studying the reasons why blood spatter can be misleading, Loyola University Maryland biologist David Rivers recently observed that the blood was sometimes spread by flies. So in a move that would surely have impressed medieval China’s CSI, Rivers developed a spray that could distinguish bug-borne spatter by detecting fly gut enzymes in bloodstains.

Check out some other cutting-edge ways researchers are advancing established investigation methods.

When investigators find a body, they want to know how long ago the victim died. There are numerous established techniques, but each has significant limitations. Rigor mortis isn’t very precise over extended periods, and the presence of telltale insects varies by region. In contrast, “microbes are always present at a death scene,” says Colorado State biologist Jessica Metcalf. And the rise and fall of microbial populations follows a reliable course as a corpse decomposes, even though the actual pace of activity varies widely due to temperature and other environmental factors.

Over the past several years, Metcalf and colleagues have developed a “microbial clock” to measure postmortem passage of time by genetically sequencing the population of microbes on the skin and in the surrounding soil. Their experiments at body farms — outdoor facilities where scientists study the decomposition of donated cadavers — have established a timekeeping accuracy of two to four days over a 25-day period. The microbes can also show whether a corpse has been moved and reveal the original location.

Tools from metagenomics — sampling trace genetic material in the environment — and methods of studying the human microbiome are providing insights into disease while bolstering the crime-fighting potential of bacteria and fungi. “We’re also working on using skin microbes as trace evidence to link people to objects they recently touched or spaces they have recently occupied,” says Metcalf. Invisible and ubiquitous, microbes are the ideal witnesses.

Investigating the Scene of the Crime

From protein markers for hair, to microbial clocks for cadavers, to sprays for detecting fly gut enzymes in blood spatter, the tools and techniques of forensic investigation now extend beyond the expertise of any single investigator.

As a result, the enzymes, microbes and proteins that could prove crucial to catching a criminal might easily be overlooked at the scene of a crime. Bringing in large groups of experts would be impractical, wasting precious time and potentially contaminating evidence. Working in collaboration with the Dutch National Police, researchers at the Delft University of Technology have come up with a solution that looks somewhat like Pokémon Go: arm CSIs with augmented reality (AR).

Investigators wearing shoulder-mounted cameras allow off-site specialists to observe the investigation in real time. They can even annotate the crime-scene video feed with text and arrows that the CSI on the ground can see on a wrist-mounted screen or through glasses like Microsoft’s HoloLens. “The mobile policemen will be able to get in contact with remote experts and solve cases more easily together,” explains Dragos¸ Datcu, a former Delft University of Technology researcher who now heads research for a Dutch AR company called Twnkls.

Twnkls plans to commercialize the system for law enforcement by the end of the year. If it catches on, the Sherlock Holmes of the future may find himself with a desk job.

DNA profiling is universally accepted as the highest standard for identification in forensics, and it has been used successfully for decades to convict or exonerate suspects. In fact, a 2009 National Research Council report on forensic science eviscerated all other identification techniques, from fingerprinting to bite mark analysis, holding DNA as uniquely capable of reliably distinguishing between any two people on Earth. But DNA also has limitations. It can degrade and be difficult to extract from trace evidence, such as skin and hair. So Glendon Parker, a biochemist at the University of California, Davis, has been studying unique markers in the proteins made by DNA. “The major advantage is that protein, particularly hair protein, is more stable than DNA,” he explains. Protein-based identification relies on the mechanism that makes DNA valuable for forensic identification. Single nucleotide polymorphisms (SNPs, used as genetic markers in DNA profiling) can produce single amino acid polymorphisms (SAPs) in the amino acids that make up protein. The challenge for criminal investigation is to find a set of SAPs that can be easily isolated and are collectively unique for each human being. Parker and colleagues at the Lawrence Livermore National Laboratory's Forensic Science Center have already identified more than 100 protein markers, which together can pinpoint one person out of 15 million. They’ve also shown that these proteins are stable enough in hair to identify 250-year-old human remains. “However, there is a gap between feasibility and implementation,” Parker notes. “We still need to optimize sample processing so a single hair can be analyzed.” And they need to find the SNPs that can identify one person out of 7.4 billion. He gives it a few years, and in the interim expects to extend his technique to skin flakes. Criminals with dandruff, beware!

A grouping of three nucleotide bases in a DNA sequence is called a codon. Each codon provides instructions for creating a specific amino acid. Variations from the reference genome are called polymorphisms and can be used as identifying markers. In this example, changing a single DNA nucleotide from A to T creates the amino acid serine instead of the expected arginine. (Click to enlarge) (Credit: Alison Mackey/Discover after Lawrence Livermore National Laboratory/Research Highlights/A New Role for Hair in Human Identification)

Hair Analysis: How It Works

1. Hair from the crime scene is milled and processed to break the proteins into smaller peptides.

2. The peptide mixture is dissolved and ionized, and then routed into a mass spectrometer.

3. The instrument measures the weight of the peptide and the weights of all the pieces of the peptide when broken up. The pattern that the fragments’ weights create can be used to match the peptide to a sequence of single amino acid polymorphisms (SAP).

5. The more marker peptides detected and compared, the greater the probability that the match is unique to the suspect.