Even With Police Body-Cam Footage, Witnesses Can Be Misled 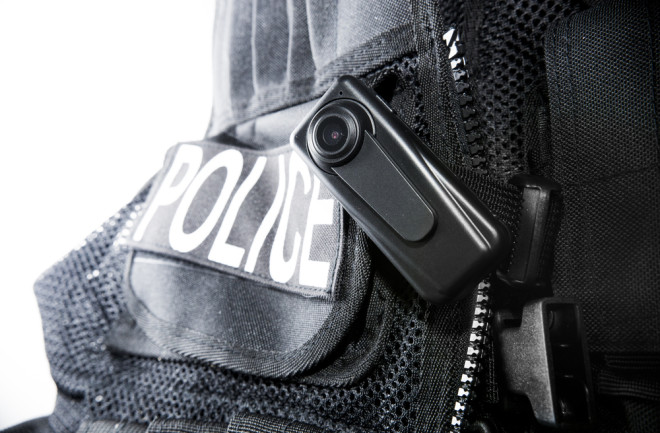 (Credit: Shutterstock) Body-worn cameras on police are increasingly called for in the hope they might help ease heightened tensions between officers and communities. However, scientists now find that falsified police reports and personal biases may change a person's memory of such footage to see things that were not there or never happened. Cell phone videos of clashes between police and citizens, such as that involving the death of Eric Garner in 2014, have helped drive the call for body-worn cameras on police to shed light on whether officers used excessive or justified force during confrontations. Indeed, in 2015, the U.S. Department of Justice awarded $23.2 million to fund body-worn camera pilot programs in 32 states, and 43 of 68 major city police departments in the United States already have such programs, noted study senior author Deryn Strange, a cognitive psychologist at the John Jay College of Criminal Justice in New York, and her colleagues. "Police body-worn cameras are becoming ubiquitous in the United States with little research to account for their effects," said study lead author Kristyn Jones at the John Jay College of Criminal Justice. "The more people are knowledgeable about body-worn cameras, and more specifically the footage they produce, the better we can overcome any unintended consequences." To see what might influence perceptions of body-worn camera footage, researchers used real arrest footage from a police officer's body-worn camera in two experiments. The six-minute footage, originally found on YouTube, had color and audio, and showed a Georgia cop using a baton to hit an inebriated, rambling and incoherent college-age male who refused to cooperate with the officer but was clearly not violent. The officer was subsequently fired and charged with assault. Both the officer and civilian were white. The scientists recruited 408 volunteers for the experiments from Amazon's Mechanical Turk crowdsourcing platform. All the volunteers were shown the footage, but some also received a falsified police report stating the man who got arrested struck the officer and had a knife, although the video did not show evidence for either of these claims. All the volunteers were also asked about their attitudes toward police officers, the criminal justice system, and authority. In addition, some volunteers learned the officer was punished, while others were told the citizen was arrested. The results showed that volunteers were misled by the falsified police report even when it was not corroborated by the video footage. The more they personally identified with the police, the more likely they were to rely on the misleading report, suggesting that body-worn camera footage is unlikely to get perceived objectively. "We want people to understand that we don't assume officers will purposely lie in their reports, thus creating a narrative different from the body-worn camera footage," Jones said. "Instead, as cognitive psychologists, we appreciate just how fallible memory can be, especially during stressful situations. We expect that police reports will differ from what the video camera records because officers too experience cognitive limitations. We hope that this and future research will help people understand how easily information can become distorted." These findings suggest that "people should not rely on body-worn camera footage to provide a clear-cut replica of an event," Jones said. "Rather, people should treat body-worn camera footage as just another piece to the puzzle in the fact-finding process." The researchers now intend to see if there are ways to identify, prevent or overcome the effects they saw in their experiments. "We speculate that having an expert guide people to critically evaluate body-worn camera footage may help de-bias peoples' judgments," Jones said. "Teaching people about these findings may also help prevent one from assuming that what they see is the unequivocal truth." Future research will also see whether misleading reports can only make people, say, think a knife was present but not shown during footage of a confrontation, or whether they may cause people to falsely remember seeing a knife in that video, said study co-author William Crozier at the John Jay College of Criminal Justice. "More work needs to be done on how people view and understand body-worn camera footage, and practitioners and scientists should work together to figure out the best way to use body-worn camera footage as to avoid mistaken beliefs about how it works," Crozier said. "We may think bodycam footage can resolve any disputes or set the record straight, but our results show that may not always be the case." Jones, Crozier and Strange detailed their findings online in the Journal of Applied Research in Memory and Cognition.