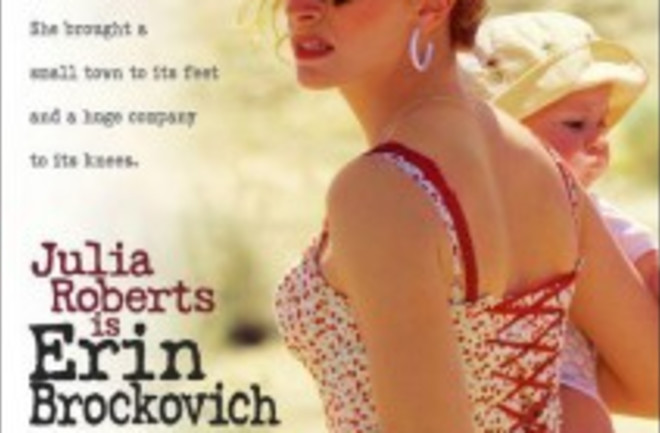 Julia Roberts as Erin Brockovich This week in a piece for Slate about cancer clusters, like the one made famous by the movie Erin Brockovich, I describe how they almost always turn out to be illusions -- examples of what the epidemiologist Seymour Grufferman called “the Texas sharpshooter effect.” Here is how I described it in my article: Stand way back and blast the side of a barn with a shotgun and then find some holes that are crowded together. Draw a circle around them and you have what looks like a bull’s-eye. The pollution that was blamed for the malignancies may be very real -- the Brockovich case involved a metal called hexavalent chromium or chromium 6 that had been discharged during the 1950s and 60s into the drinking water of Hinkley, a small town in the Mojave Desert. The people who lived there were naturally afraid of what the chemical might be doing to their health. But long after the movie was gone from the theaters and the residents and their lawyers had received a $300 million settlement, a 12-year epidemiological study was completed. No elevation of cancer was found. You wouldn’t know that from a story that ran last week on PBS NewsHour. It opens with a visit to Hinkley by science correspondent Miles O’Brien. He tours the town with a local resident, who points out houses that were bought from homeowners by Pacific Gas & Electric and vacated after the utility conceded that cooling water from a nearby gas pipeline station had leached into the aquifer, contaminating it with chromium 6. “The chemical is toxic,” O’Brien tells us, “and causes cancer.” Then, with no further explanation, the report cuts to a clip from the movie with Julia Roberts (as Brockovich) filling test tubes from a Hinkley irrigation ditch and pulling a dead frog from a dirty puddle in a mostly evaporated swimming pool. Chromium 6 has indeed been shown to be a carcinogen when inhaled by workers in industry. (One of its many uses is as an anti-corrosive coating for metals.) Less certain is whether the chemical has the same effect on people when it is dissolved in water, even at the levels in Hinkley. I will be writing more about these details in a later post. The second part of O’Brien’s story goes go on to describe some of these specifics and gives updates on the most recent research about whether aqueous chromium 6, which occurs at various levels throughout the world, is a human carcinogen. There is a lot of good reporting here about how corporate scientists can influence the regulatory process. But throughout all this viewers are left with the impression that there was a cancer cluster in Hinkley, and that was misleading -- cruelly so to the people who live there. Erin Brockovich, part 2