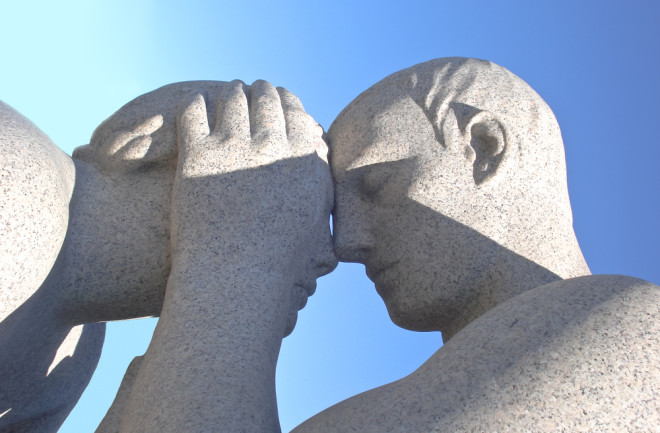 Empathy is widely agreed upon to be one of the most human emotions that we possess. Seriously, no one’s ever complained about too much empathy.

It facilitates human relationships by allowing us to examine, understand and process the feelings and emotions of others. The absence of empathy is often linked to disruptive behavioral problems. Given its import in society, a group of scientists from the University of Cambridge and Institut Pasteur analyzed the results from 46,000 23andMe customers to explore whether this most human emotion has genetic underpinnings.

“It’s even worse when there are two brains together—when they talk, when they try to understand what the other is feeling. What are the brain circuits [involved]? What are genes that can make a difference between the language or the communication patterns for social interaction?” It’s quite a new field in that way.

Since genetics is the science of diversity, Bourgeron and his colleagues designed this study to understand how much of phenotypic (observable characteristic) variance is explained by genes.

Bourgeron himself has worked previously on studies involving the social brain and autism. Simon Baron-Cohen, another scientist on the team, is a bit of a specialist in the social brain, especially empathy. He designed tests such as the “read the mind in the eye” test and the empathy quotient (EQ), which was utilized in this study.

The empathy quotient is about 60 questions long, and if you score a 55 or more, it means you’re more empathetic than the average human. The team then gave this test to the 23andMe company, who put the questionnaire on the website. Based on the scores received and the corresponding genetic information of the individuals, variability was calculated to see how much of the difference in the EQ score could be explained by genetic variance.

And it was 10 percent. Their findings were published Monday in the journal Translational Psychiatry.

That might not seem like a lot, but on a scale of 0 to 100, with 0 meaning that everything is environmentally affected and 100 meaning everything is genetically influenced, it’s a highly significant number.

The study also confirms the discrepancy between the empathy levels of men versus women, but no found genetic variance, leaving the scientists to deduce that more epigenetic factors were at play, such as socialization and possibly hormones.

“This is only the very beginning,” says Bourgeron. “We want to go further to consolidate the results, then find the specific genes and find their biological pathways and links.”

Right now, the results are very diluted, and a larger sample size needs to be tested in order to identify the specific genetic differences. Bourgeron cautions that the 23andMe population is not representative entirely of all the world’s population, although the empathy scores were not very different from a previous study in the United Kingdom that was proctored to a larger, more generalized population.

“With psych studies especially, we have to pay more attention to diversity, culture, socioeconomic status, all these things that are not so well explored,” says Bourgeron.