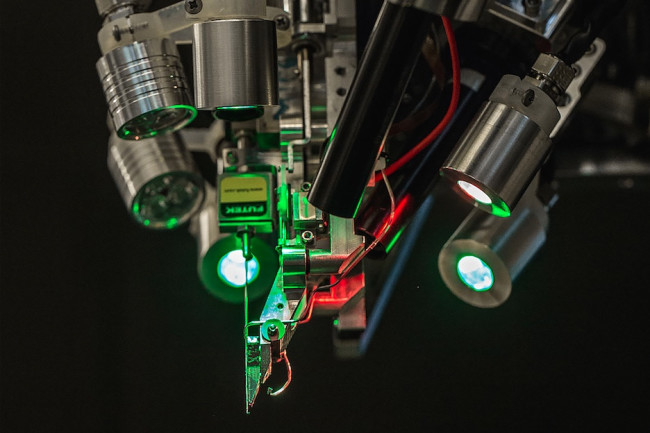 Elon Musk brainchild Neuralink announced plans in July for an implantable chip that would send and receive signals in the brain. The chip, called the N1, would be implanted by machine into people’s heads with extreme precision.

Will 2020 be the year humans start walking around with computers in their heads? Elon Musk thinks so.

Neuralink, Musk’s secretive biohacking company, launched in 2016 with the promise of implementing cutting-edge technology directly into people’s brains. At a press conference in July, the Neuralink team announced plans for a chip, dubbed the N1, that would physically attach to a user’s brain through a “neural lace” — a network of tiny threads. Each thread would send and receive electrical pulses in the brain.

The company claims the tech could be helpful in the medical field, possibly giving paraplegic patients the ability to walk and people with vision loss the ability to see. But the team also wants to go beyond medical uses and potentially implant the N1 into the brain to allow for telepathic communication. To top it off, Musk wants it all to work wirelessly, controlled through a phone app.

It might sound like science fiction, but the company contends it has already tested the chip in animals, including a monkey — with “very positive” results, according to Musk. And assuming the FDA allows it, Neuralink officials say they want to start human trials this year. We’ll see if 2020 brings this brain-hacking fantasy to life.

Planet EarthHere's What it Looks Like When A Gene 'Turns On'