Eleventh Hour: A State of The Art Cloning Story 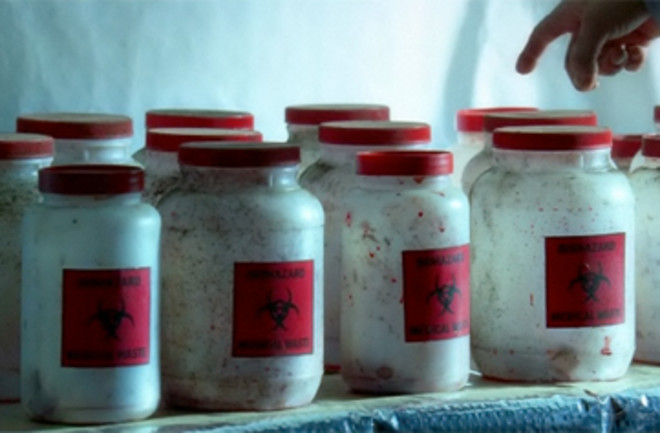 Last night CBS premiered it's new science-fiction detective show, Eleventh Hour, which revolves around a scientist investigating misuses of science, accompanied by his FBI minder. The first episode focused on human cloning and the show deserves big kudos for wringing out a fresh take from what has become a very hackneyed topic in science fiction. The writer and producers managed this feat by actually sticking close to today's science: most stories that incorporate reproductive cloning introduce a successfully created clone (whether a child or an adult) and go from there. The messy details of actually creating a clone are glossed over, or not mentioned at all. Not so on Eleventh Hour. The truth is that reproductive cloning -- where the objective is to produce an living, breathing individual who is genetically identical to another -- is incredible inefficient. For every clone that is successfully born, there are many others that do not come to term, or die shortly after birth. Before Dolly the Sheep, the world's first cloned animal, was born, the researchers had 275 failed attempts, a success rate of about 0.3 per cent. Techniques have improved a little since then (the success rate also depends on the animal species to some degree, thanks to differences in embryonic development), but cloning success rates still haven't risen above three percent or so. So it was fitting that Eleventh Hour began its investigation with the discovery of 19 genetically identical discarded embryos that all had suffered severe developmental damage. Later, it turns out that another embryo was incinerated, leaving one remaining viable embryo in a surrogate mother. This works out to a potential success rate of just under five per cent, pretty close to the current real state of the art. However the pregnancy runs into complications, provoking a desperate search by our heroes to save lives from the unscrupulous would-be cloners. Eleventh Hour also deserves credit for seamlessly incorporating a lucid and accurate explanation of the cloning process into the episode, using a bunch of grapes as a prop (with grapes standing in for cells, and their seeds standing into for their nucleii). With such a strong start, here's hoping Eleventh Hour survives to become a regular part of the TV line-up.