A remarkable scandal has erupted concerning the editorial standards of two scientific journals. The journals are called Research in Autism Spectrum Disorders (RASD) and Research in Developmental Disabilities (RIDD). Both publications are owned by Elsevier, and they have the same Editor-in-Chief, Johnny L. Matson. Or at least they did until recently. Matson may have been removed - although it's not clear if there is a replacement for him. 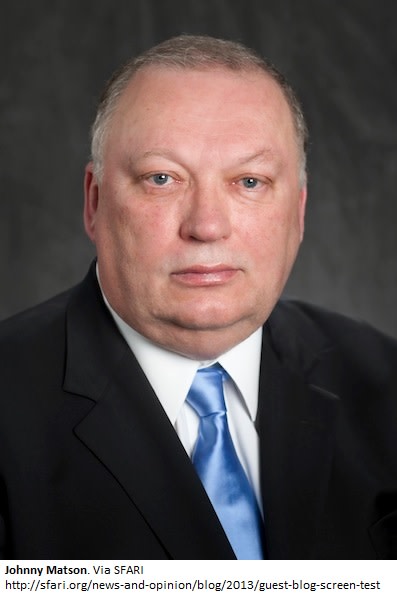 The scandal emerged some weeks ago after Oxford University researcher Dorothy Bishop emailed RASD to say that she had concerns about the journal. Bishop asked to be taken off their editorial board. Instead of just Bishop's name being removed, however, all information about the editors disappeared from the websites of both RASD and RIDD. Overnight they became, as Bishop put it, Journals Without Editors. After Bishop blogged about this, things got even stranger. We learned, for instance, that Matson was in the habit of accepting papers without sending them off for peer review, acting as sole handling editor. He also published a large amount of his own work in the journals he edited. (Matson's pattern of behavior is eerily reminiscent of the case of Head and Neck Oncology and its editor Waseem Jerjes that Neuroskeptic readers may remember.) Anyway, Bishop's post raises questions over Matson's record as an editor of RASD and RIDD. But I've done some digging and I have other concerns about his work; namely, I'm concerned about apparent undeclared conflicts of interest. Matson is an autism researcher and much of his work concerns the diagnosis and evaluation of this disorder. Over the years Matson has developed over a dozen questionnaires and other rating scales, ranging from the Baby and Infant Screen for Children with aUtIsm Traits (BISCUIT) to the Profile of Toileting Issues (POTI). All of these instruments are sold via a company called Disability Consultants, LLC, based in Baton Rouge, Louisiana. The listed contact email address is for one Dean Matson, who's also the Director. The only products listed on their website are Matson assessment tools. They cost up to $325.00 per kit (each kit includes 50 score sheets.) So Johnny Matson and/or his family seem to have a direct financial interest in the promotion of Matson's various assessment kits. Such conflicts of interests are not unethical in themselves, but they ought to be declared whenever a researcher publishes a paper on a topic relevant to his or her interests. However, as far as I can see, Matson does not declare any conflict of interest (CoI) in his academic papers, even when the topic of the paper is his own instruments. For example, Matson's most recent paper concerns the PIMRA-II, which he developed. There is no CoI declaration. Nor was there a CoI section on this review article which discusses a number of Matson's tools. Both of these papers appeared in RIDD. Some of Matson's recent publications in other journals do include CoI sections but in these cases, Matson regularly declares that he has no competing interests, as in here (2013) and here (2014). This situation strikes me as problematic. Update 17.02.2015: Do Matson's claims that he has no personal conflict of interest reflect standards in the field? For comparison, I looked at Catherine Lord, another autism research whose assessment tools, the ADOS and ADI, are widely used. Although not all of Lord's papers carry CoI statements, many (my impression is most) of them do. When they are present, Lord typically states that she receives royalties for the sale of the ADI and ADOS. As far as I am aware, Matson has never made a similar declaration.