Does Your Personality Define What Kind of Music You Like? 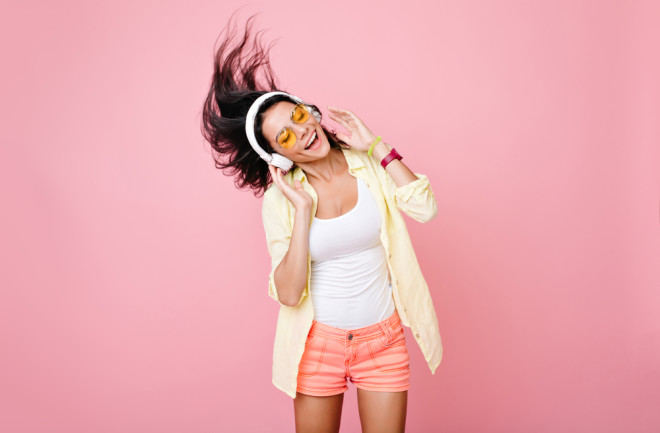 On March 14, 2019, Musician and Research Psychologist David Greenberg was sitting in the back of an auditorium. On stage, members of the Jerusalem Youth Chorus took their places. The group has brought together Israeli and Palestinian teenagers to sing and engage in cross-cultural dialogue.

Earlier, when the teens had shuffled into the room, Greenberg sensed a complex dynamic. Some choir members were eager to chat with their peers, while others were more withdrawn and preoccupied. But when the chorus started to sing, the energy shifted.

"All of the sudden, there was something greater in the room: Something much bigger than the chorus," Greenberg says. "I can’t put it into words."

As Greenberg was pondering this numinous feeling, someone tapped him on the shoulder and interrupted his reverie. Greenberg’s colleague gestured to a breaking news article on his smartphone. Rockets had been launched from Gaza towards Tel Aviv for the first time since 2014. Greenberg realized that the students in front of him had likely discussed this shortly before walking onstage. Still, they were making music together.

"It was extremely powerful to then see them come out and sing this song in harmony," he says.

Long before that day, Greenberg was convinced of the power in music connecting people. For more than half of a decade, his academic research was at the crossroads of music and social psychology. In a new study published in 2022, Greenberg and his colleagues compared the musical preferences of 284,935 respondents from 53 countries. They found a marked relationship between personality traits and music preferences, even across geographic and cultural distances.

"People who are isolated, or separate, or distant from each other can find a way to connect through music because when they're discussing their musical preferences, or they're playing music together, they're expressing parts of their personality," Greenberg says.

These quantitative findings hint at how Greenberg felt in the auditorium in 2019. Music may be a powerful way to communicate and connect across cultural, geographic and socioeconomic borders.

Music and the Big Five

The "Big Five" personality traits are not as popular as self-assessment tools like the Myers-Briggs Type Indicator, but the model is king in research psychology. Unlike the Myers-Briggs, the Big Five have remained relatively stable during adulthood and correlate to key life outcomes.

Greenberg and his colleagues used the model as a framework when measuring the effect of personality traits on music preferences. They found significant relationships between each of the Big Five personality traits and specific characteristics in western music.

People who score high in extraversion tend to be social, friendly and energetic. The researchers found that extraverts prefer contemporary music with electronic, upbeat and danceable characteristics. These adjectives describe top hits and party music. You’re more likely to find extraverts dancing to Dua Lipa or Bad Bunny at the club, than sitting at home with a cup of tea and a Vivaldi sonata.

Open people seek new experiences and novel ideas excite them. The trait is associated with creativity and adventurousness. It is also the Big Five trait that Greenberg scores highest on. The researchers found that people who scored highly on this trait preferred sophisticated music that featured complex and cerebral attributes. These characteristics describe instrumental genres such as jazz or world music.

"It makes sense in terms of my inclination for jazz," Greenberg says, who moonlights as a saxophonist.

Conscientiousness is one of the most studied traits of the Big Five because it is correlated with an individual’s professional and academic success. The trait measures a person’s ability to set, work toward and accomplish goals. Researchers found a positive correlation between conscientiousness and unpretentious music — the type sung in coffee houses, blues bars and Americana joints across America. In a separate study, researchers characterized unpretentious music as "rootsy." Conscientious people also had an aversion to intense music on average. So, it might be difficult to find a valedictorian in a mosh pit at a hardcore show.

This trait attempts to measure a person’s capacity for trust and compassion towards others. The researchers found that agreeable people often preferred mellow music. While one genre can’t define this descriptor, you’ll know it when you hear it. Think of classic neo-soul artists like Erykah Badu or D’Angelo. Or jam bands like the Grateful Dead and Dave Matthews, if that’s more your flavor.

Neuroticism is a controversial trait. It measures a person’s tendency towards negativity, anxiety and depression. Unlike traits in other models, this measure is undesirable. If you score highly on it, you are likely to have a more difficult life. Of course, many successful and famous people are highly neurotic — take Kurt Cobain, Franz Kafka or Woody Allen. Researchers had a hard time pinning down the musical preferences of neurotic individuals, though. They found that this trait preferred both mellow and intense types of music.

"My hypothesis for the future is that there's probably different subcategories within neuroticism," Greenberg explains.

While some neurotic individuals might prefer to calm their nerves with relaxing music, others may choose genres like metal, punk and horrorcore for catharsis.

Consistency Across Cultures and Countries

There is one important caveat to the 2022 study. Respondents submitted answers to personality tests and questions of music preference voluntarily through Greenberg’s website Musical Universe. While the study gathered responses from 53 countries, it was not a representative sample. The study skewed towards Americans and evaluated musical preferences from a Western perspective.

Even so, people in all six continents responded to the study and Greenberg could draw some conclusions about international trends. In equatorial regions, the relationship was stronger between extraversion and contemporary music.

In the end, the most striking observation was that these trends were consistent across cultures and countries.

"I thought I’d be looking more at the differences," Greenberg says. "I was surprised at just how universal these patterns were."

In the future, Greenberg hopes to provide insight into how music can promote wellbeing and connection around the world. Though some might dismiss music as a frivolous, if entertaining, hobby, emerging research suggests that we are just starting to realize how important it really is.