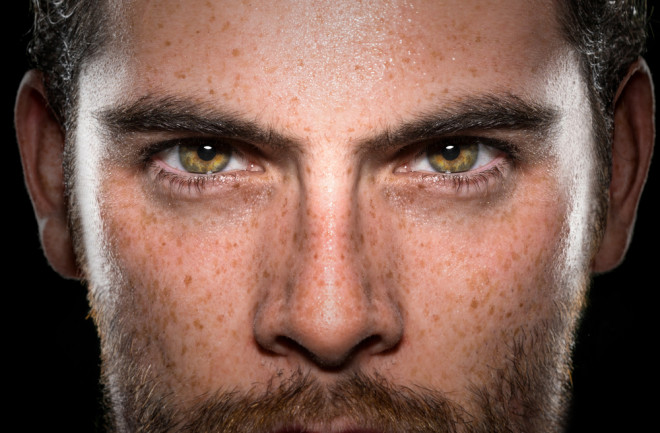 A study asking men to infer emotions by looking at the others concluded that testosterone does not affect empathy levels. (Credit: El Nariz/Shutterstock)

Testosterone often gets a bad rap. The hormone responsible for male sexual development has been linked in studies to aggression and a lack of empathy.

People with autism – a developmental condition that can lead to anxiety and trouble interacting with others – also have a hard time empathizing. Since the condition is four times more common in boys than girls, scientists once thought testosterone might reduce our ability to tell how others are feeling. But now, researchers find that’s not the case.

“Of course, the primary suspect when we have something that is sharply differentiated by sex is testosterone,” University of Pennsylvania marketing professor Gideon Nave, who led the work, said in a press release.

In the new study, Nave and colleagues report men given extra testosterone were able to read emotions just as well as those with typical hormone levels. The findings contrast a prevailing hypothesis that testosterone challenges men’s ability to empathize.

In previous studies, other scientists tested whether testosterone influences empathy. They gave a few dozen women testosterone and then tested their ability to infer emotions by looking at pictures of people’s eyes. The studies concluded the testosterone lowered the women’s ability to empathize. The findings lent support for what’s known as the “extreme male brain hypothesis.” The hypothesis posits that men and women process and experience the world differently – women empathize and men systemize. Another study linking prenatal testosterone levels to autism added weight to the hypothesis.

But because those studies used groups of only 30 or so people, Nave and colleagues weren’t convinced. So in the new research, the team conducted two similar experiments. As in the previous studies, the researchers gave participants testosterone and tested their ability to infer emotions from pictures of people’s eyes. But this time, the research subjects were men and in total there were nearly 650 of them. In addition, the researchers didn’t know which men had received the hormone and which had been given a placebo.

Men that had received testosterone were just as empathetic as men who been given a placebo the researchers report Tuesday in the journal Royal Society Proceedings B.

“Our results unequivocally show that there is not a linear causal relation between testosterone exposure and cognitive empathy,” Western University economist Amos Nadler, who authored the new research with Nave, said in the press release.

Yet despite the clear results, Nave cautions the findings don’t necessarily show the whole picture.

“We found that there is no evidence to support this effect of testosterone, but that doesn’t rule out any possible effects,” he said.

“From what we know, though, it seems that if testosterone does have an influence, the effect is complex, not linear,” he added. “Reality is typically not that simple.”