Does Speaking in a Second Language Make You Think More, or Feel Less?

Should homosexuals should be allowed to serve in the military? Let me rephrase that: Should gay men or lesbians be allowed to serve in the military? You may have detected within yourself a subtle emotional shift between these two questions. For many Americans, according to a 2010 poll by CBS and The New York Times, those subtly different gut reactions actually led to different responses depending on how the question was worded; people were more receptive to having “gay men and lesbians” than “homosexuals” in the military. The poll reflects one of the weirder aspects of human cognition: that for all of our capacity for rational, analytical thought, we can have different feelings about the same thing—even make different decisions about it—depending on the language used to talk about it. This phenomenon, known as the framing effect, creates some brisk business for marketers and political communications experts. For example, Frank Luntz, a high-profile consultant for Republican candidates, earns his keep by testing the emotional vibrations set off by language, and keeps lists of words that work, and words that don’t. In advancing a conservative agenda, for example, you should never use phrases like public health care, drilling for oil, or tax cuts; you should instead say government-run health care, energy exploration, and tax relief. (You can find a brief video profile of Luntz and his techniques here, taken from the 2004 PBS documentary The Persuaders.) 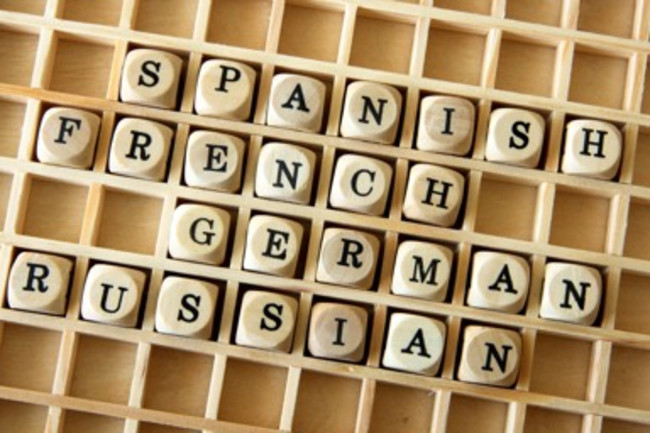 That’s probably no way to run a democracy. After all, the economic impact of reducing taxes is the same whether you call it cuts or relief. And it’s probably no way to make investment choices either, or a decision about medical treatment, or render a verdict in a murder trial. So one of the most useful questions that psychology can answer is what can be done to shift the mind away from an instinctive, gut-reaction mode to a more thoughtful and deliberative one. In an intriguing study reported in the April 2012 issue of Psychological Science, Boaz Keysar and his colleagues found that bilinguals were immune to framing effects and other cognitive biases—but only when working through problems in their non-native language. One of the decisions the researchers foisted on their study participants was the famous Asian Disease quandary, first studied by Amos Tversky and Daniel Kahneman:

Recently, a new disease has been going around. Without medicine, 600,000 people will die from it. In order to save these people, two types of new medicines are being made.

Which medicine do you choose?

When the bilingual subjects heard the problem in their native language, wording mattered. When it was described as above, they chose medicine A roughly three-quarters of the time. But that number dropped to less than half when the problem was worded slightly differently, with the outcome of medicine A being that 400,000 people will die, and medicine B described as having a 33.33% chance that no one will die and a 66.66% chance that 600,000 people will die. The wording change lost its power, though, when the subjects read the problem in their second language: they were equally likely then to choose medicine A regardless of how it was framed. Keysar and his colleagues go so far as to suggest that “people who routinely make financial decisions in a foreign language rather than their native tongue might be less biased in their savings, investment, and retirement decisions.” Not surprisingly, the paper has already enjoyed fairly wide attention (see blog posts here

, for example); litigation consultant Douglas Keene has even wondered whether the general practice of excusing non-native English speakers from juries is perhaps shortsighted

, given their possibly enhanced resistance to bias. Fascinating speculations. But before we can reasonably draw any practical conclusions at all, we’d need to know a fair bit more about what’s driving the foreign language effect. At least two different explanations are possible. One possibility is that wording changes have less impact in a second language because the language itself isn’t as deeply rooted in a web of associations and memories. Words in a foreign language simply don’t set off emotional resonances as they do in a native tongue because the associative links are fewer and weaker (and perhaps connected to the more cerebral classroom settings in which they were first learned)—meaning that we quite literally feel less when using a second language. We become a bit like the cool, unemotional Spock from Star Trek. Our mother tongue, on the other hand, incites us to Captain Kirk-like bouts of impulsive passion. This fits with the subjective experience of many bilinguals. For example, many find it less inhibiting to swear or express anger in their non-native language because doing so seems less emotionally charged, as described so delightfully in this video (at 1:30)

by a demure Japanese immigrant to Sydney, Australia. And it’s been found that bilinguals spend more time talking about embarrassing topics in their second language than in their first, and tend to switch into a non-native language when discussing sensitive topics during psychotherapy. On the other hand, for full emotional impact, they might prefer to fight with their family members in their mother tongue (as I find myself doing). If that’s why framing effects are dampened in a foreign language, then wording might matter more once associative links deepen through experience with the language; once you start emoting while reading novels in your second language, it might be time to learn a third in which to do your banking. It should also be possible to reduce bias in a first language by using words that have less emotional baggage. While medical phrases like “negative outcomes” or “morbidity rates” may seem cold and clinical, language like this might actually reduce bias in their decision-making. On the other hand, the foreign language effect found by Keysar and colleagues might have a very different explanation. It may be less about how much people are feeling in either language, and more about how deeply they’re thinking. These days, psychologists talk a great deal about the distinction between fast, intuitive thought processes—which are vulnerable to many cognitive biases—and slower, more analytical reasoning. We normally flip back and forth between these modes, conserving mental energy when possible, and shifting into slower, more attentive thinking when necessary. Perhaps using a foreign language somehow flips the switch from fast to slow thinking. Why might this happen? The decision to switch between modes of thought often has to be made at lightning speed. Think about driving a car: you usually do it automatically and with little attention, but you can focus quickly if you suddenly spot a pair of headlights right ahead of you. Paradoxically, the decision to abandon rapid, reflexive processing often has to be made, well, rapidly and reflexively. This means that very superficial cues can flip the switch. For example: being in a happy mood seems to lead to less thoughtful processing. In one study

, people who watched a funny video of David Letterman’s “stupid human tricks” made judgments that relied more on social stereotyping than those who’d seen a less entertaining video. One explanation for the effect goes like this: Since we often register an emotional response before we’re aware of what caused it, a vague negative feeling might serve as a cue that there’s something threatening in our environment that we need to pay closer attention to. Hence, a bad mood triggers more careful processing, leading to fewer cognitive biases, whereas a good mood signals that we can safely hum along on autopilot. This leads to the sobering thought that highly entertaining TED talks may actually discourage people from thinking deeply about their content. Another cue that triggers deeper thinking is a feeling of fluency in processing, or an impressionistic sense of how easy or difficult it is to process certain information. If it feels hard, this is a signal to switch to slower thinking. For example, in a study led by Adam Alter

, subjects had to answer math problems like the following:

If you answered 24 days, you’re in good company—most of the subjects in this study made “gut instinct” errors like these. (The correct answer is 47 days. Duh.) But people were much less error-prone if they’d read the same problems in nearly illegible font. The font made the problems feel harder, kick-starting a more careful mode of thinking. So, the foreign language effect of reducing cognitive bias could simply be another kind of fluency effect: second languages are harder, so we think harder. But notice that this explanation has a different set of practical implications than the earlier account, based on the emotionally stripped qualities of a second language. In this second explanation, the effect is only indirectly about language; you might reduce cognitive biases just as readily if you hired a financial advisor with a hard-to-understand accent, or if you chose to do your financial planning in a foul mood after fighting with your spouse. Or, you could simply remind yourself that making decisions is fraught with cognitive landmines, and that it’s worth thinking twice about the really important ones.