Does Knowing Your Learning Style Help You Learn Better? Science Says No

Whether you prefer visuals, audio, reading or writing, the concept of learning styles is the most widespread myth in education. Here are some science-backed alternatives. 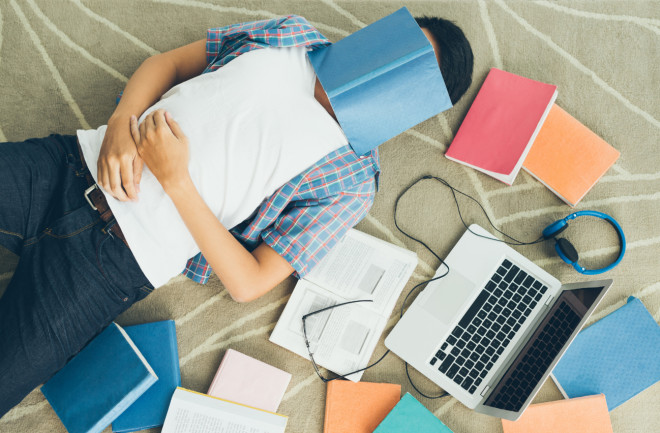 Do you consider yourself a visual learner or a verbal learner? Perhaps you’re neither and instead you absorb information best by reading texts and taking notes on what you’ve understood. No matter which mode of instruction you prefer, you probably rely on techniques that suit your individual learning style.

Although there are more than 70 different learning style frameworks, the most prominent one is the VARK model. Introduced by Neil Fleming in 1987, it categorizes learners into four main types: visual, auditory, reading and writing, and kinesthetic.

On the surface, it makes sense that catering information to suit an individual’s preferred method will improve learning outcomes. However, the concept of learning styles is one of the most widely believed neuromyths, or misconceptions about how the brain functions, within education. In reality, they may have little to no actual influence on learning and their practical application has yet to be demonstrated.

There’s no scientific evidence supporting the idea that people have different learning styles. At least, not in any sense that is actionable for improving education, says David Kraemer, an associate professor of psychological and brain sciences at Dartmouth College in New Hampshire.

Naturally, some people are better at certain things than they are at others; this can be related to the differences in ability to process various types of information. However, learning styles are often treated as a superior way for people to understand content — and studies don’t support the prediction that leaning into them will help learners remember material better, says Daniel Willingham, a cognitive psychologist and professor of psychology at the University of Virginia.

Studies show that designing the mode of instruction to accommodate individual preferences does not necessarily improve learning outcomes. Presenting visual and verbal learners with their choice of learning aid doesn’t make a significant impact, according to a series of experiments from a 2006 study published in Learning and Individual Differences. And a 2009 literature review in Psychological Science in the Public Interest also concluded that there is not enough foundation to endorse the inclusion of learning styles in general education practices.

“Isn't a primary goal of education to train students to improve their weak areas, and not just play to their strengths?” Kramer says. “So, even if there was evidence to support these theories, I'm not sure how they would be implemented by teachers.”

Though the intention is to help students, learning strategies that aren't proven to work may ultimately demotivate them from pursuing other interests. Being boxed into a dominant learning style can limit learners and dissuade them from exerting effort to absorb information that’s not delivered via their method of choice.

“We don't know how often teachers are trying to make use of learning styles theories in the classrooms,” Willingham says. “We do know that a large number of states ask teachers to learn these theories for licensure.” There are also scenarios where educators continue to apply the concept of learning styles despite the knowledge that they haven’t been demonstrated to work.

Due to the lack of support for learning styles, Willingham recommends utilizing theories about learning and thinking that are actually well-supported and have applications in the classroom.

How to Improve Learning Outcomes

Shifting the focus from the students to the material being taught can be a better educational strategy because modes of instruction vary across different fields and topics.

“We do know — it's kind of obvious, when you think about it — that there can be a good or bad fit to the material you're trying to learn and the type of processing that supposedly goes with a particular style,” Willingham says. “Imagine someone who thinks they are a visual learner insisting on a visual representation of a French accent when learning the language? Or an auditory learner asking for an auditory version of a map of Asia in a geography class?”

Determining the most effective ways of presenting information that will work for most students is crucial for optimal learning. For instance, lessons about magnetism may be best taught using visual and kinesthetic methods, while teaching a class about meters in poetry often requires both auditory and visual techniques. As Willingham points out, focusing on the best way to teach a topic, rather than adapting to each student’s perceived learning style, may be more beneficial.

In fact, presenting the same ideas in different formats is ideal because “repetition is often key to understanding and long-term retention of knowledge. Presenting the information in different ways increases the likelihood that one of them will stick,” Kraemer says.

Making use of educational strategies that are more evidence-based is also a better use of students’ time, he adds, such as those that employ the concept of desirable difficulties. The concept revolves around introducing difficulty to a task in order to generate more cognitive effort, which eventually leads to better long-term understanding and retention of information. According to Kraemer, formative assessment practices with desirable difficulties include low-stakes quizzing, studying with flashcards rather than rereading textbook chapters and spacing out study sessions over multiple days. These are all well-validated and have a sizable body of evidence supporting their efficacy.

“Basically, it should be no surprise that more practice studying a particular subject will lead to better learning, just as more time on any task will improve performance on that task,” he explains. “But given a limited amount of time and effort to put towards studying, these study strategies will prove the most useful.”