Does a Dancing Cockatoo Really Feel the Rhythm? 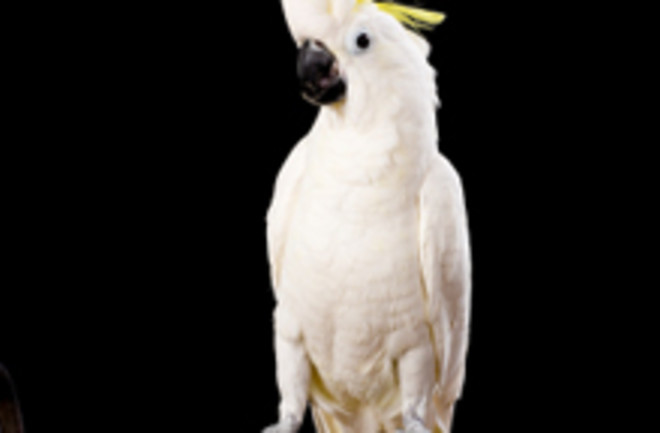 Perhaps you've seen the YouTube video, shown below, of Snowball the cockatoo bobbing its head and kicking its legs in time with Queen's "Another One Bites the Dust." Nature reports that some scientists have seen it, too, and they say it could be more than a neat trick. If Snowball really feels the beat, the researchers say, that could help show them whether there's a biological basis for rhythm perception. At first, Aniruddh Patel of the Neurosciences Institute in La Jolla, California, and his colleagues had doubts. Snowball's owners say they actually would dance off-camera while filming the bird to encourage it to bust a move. If Snowball were just a copycat, Patel says, that wouldn't be nearly as impressive as if he could dance on his own. So to figure out whether the bird could actually feel the rhythm, they traveled to Snowball's home in Indiana and videoed the bird dancing to music with different tempos. You can see the rhythm get progressively faster here, here, and here. The researchers say Snowball had a decent feel for the beat. The cockatoo danced faster for fast beats and slower for slow beats. It was a little inconsistent, falling off the beat now and then, and a bit of a diva, sometimes not dancing at all. But overall the bird seemed to feel the rhythm—it danced more rhythmically than a human toddler, Patel says, but not as well as a human adult. Just how Snowball got his groove is unclear. Some scientists believe that music has a biological basis, and maybe that extends, at least in part, to animals. But birdsong is not "music," Nature says, and if Snowball and other birds truly understand rhythm, that would mean understanding tempo wouldn't need to be connected to making music. Snowball, of course, is just one bird, so we'll have to wait for more studies to see whether other cockatoos and other species can truly feel the beat and learn to dance. Still, with those head crests that looks like mohawks, cockatoos are already halfway to being rock stars. Just look: