Do Older Brains Make New Neurons or Not? 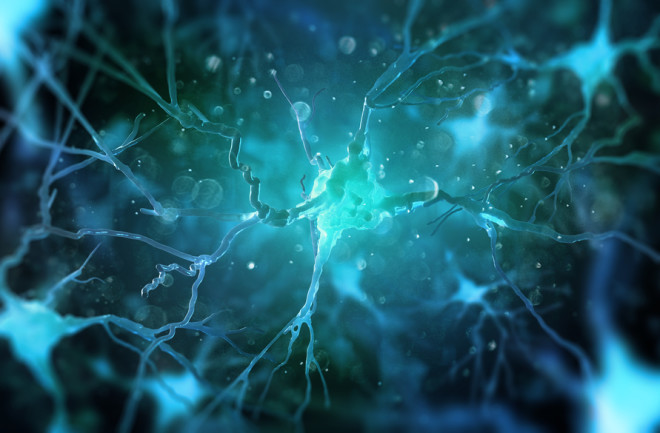 Neurons in the brain. (Credit: Andrii Vodolazhskyi/Shutterstock) One of the most basic things our bodies do is make new cells. It's what allows tissues to grow and heal, and allows our bodies to continually rejuvenate themselves. When it comes to cellular replenishment, one of the places researchers are most interested in is the brain. The formation of new brain cells is of critical interest to researchers studying everything from brain injuries to aging to mental illnesses like depression.

New Neurons Or No?

But researchers might be experiencing a bit of whiplash right now. Two papers, published just under a month apart, stand at odds with each other. One, led by researchers from the University of California, San Francisco, and published in Nature in early March, suggests that the hippocampus, a brain region important in the formation of memories, learning and emotional regulation, stops making new neurons after childhood, something that contradicts most previous research. The second, from Columbia University researchers out today in Cell Stem Cell, and using a very similar method, says that's not true at all — the hippocampus does in fact make new cells throughout our lifespan. It's enough to tangle your neurons. But, it's really a reminder that science is driven by debate and disagreement. It takes time and effort to arrive at a true consensus, and researchers can't answer questions as definitively as we might wish. In this case, the confusion seems to come down to methodology. Finding evidence of newly-formed neurons isn't as simple as putting samples of brain tissue under a microscope. In fact, there are few direct ways of searching for neurogenesis. Instead, most researchers use indirect approaches, like searching for marker proteins involved in the maturation of new cells or other molecules somehow involved with cell development. Though the way both teams of researchers looked for marker proteins differed slightly, both essentially involved highlighting cells expressing various marker proteins. They looked to see whether any cells "lit up", and if so, checked to make sure they were actual new neurons.

What Do You See?

If both teams used the similar methods, how did they come to such different conclusions? Maura Boldrini, the author of the most recent paper who found the hippocampus continues to make new neurons throughout our lives, thinks it came down to the samples each team used. "It's not that they did something different from what we are doing substantially, I think it’s more a matter of what kind of tissue they had available," she says. Boldrini studies how neurogenesis in the brain is related to things like depression and suicide. Over the years, she and others at Columbia University have built a large collection of brain tissue samples. Most importantly, she says, they had samples from people with healthy brains. "As we started going on, we started having people with no psychiatric or neurological disease, no treatment, no history of drug abuse; spanning a big lifespan," Boldrini says. "So we thought we had the right collection of brains to be able to look at the effects of aging, per se, without having these confounding factors ... not too many brain collections in the world actually have information about this." The California researchers, says Sorrell, didn't know the exact diagnosis of each brain sample, and had no toxicology reports for them. Drug use or psychological conditions like depression could affect the brain's ability to make new neurons, potentially throwing the results off. In addition, some marker proteins begin to disappear soon after death, so if the samples aren't preserved quickly, evidence of neurogenesis could be wiped away. Another factor, Boldrini says, is the method of preservation. Some fixatives can obscure researchers' ability to see certain types of cells. She encountered this problem during the course of her previous work, and that helped her choose the right fixatives to use. The California researchers used different fixatives than Boldrini did, and she thinks it's another reason they might have come to different conclusions.

Though Boldrini's work agrees with the bulk of prior research into the subject, she and her team are still relying on an indirect method of imaging neurons, and it makes it difficult at the moment to close the book on the subject. And not every researcher is convinced. Arturo Alvarez-Buylla is a neuroscientist at UC, San Francisco and a co-author of the paper that found no evidence of adult neurogenesis in the hippocampus. While he says more work needs to be done, he thinks Boldrini's work may be misinterpreting some evidence, specifically the cells they label as new neurons. "I believe what they are calling dividing cells and what they are calling new neurons, they may be [those things], but the evidence is not there," Alvarez-Buylla says. He points to a marker protein both his team and Boldrini's use to search for developing cells, called Ki-67. Boldrini's team likely misread figures showing the protein, Alvarez-Buylla thinks, leading them to falsely conclude that new neurons existed. As for his own research, he says the fact they identified new neurons in samples of young tissue proves that his team's methodology was solid, and that his results weren't simply the result of poor sampling or fixing. They watched those cells dwindle and disappear as they looked at samples from progressively older people, which is evidence that neurogenesis does stop. In fact, their method did turn up similar structures in adults as Boldrini did, Alvarez-Buylla says, but their interpretation differs. "So, we did see the same cells that they do see in our post-mortem material, it’s just that we do not agree that they are young neurons," he says.

Where Do We Stand?

Jonas Frisen, a stem cell researcher at Sweden's Karolinska Institutet who was not involved with either study, agrees that the reason both teams got such different answers most likely lies in how they went about collecting and analyzing samples. Furthermore, drawing conclusions from negative data, as Alvarez-Buylla's team did, is difficult. "The commonly used quote, 'Absence of evidence is not evidence of absence,' summarizes that," Frisen says in an email. "An analogy to the current situation is that you send 10 people into the woods to search for blueberries. Nine come back with blueberries and one not—are there blueberries in that forest?" The method that both teams relied on has its drawbacks as well. There is a poor signal-to-noise ratio when searching for marker proteins in the brain, Frisen says, and much of the evidence that it works is based on animal studies — which may not fully translate to humans. In the end, he agrees with Boldrini that humans probably continue to make neurons throughout the course of their lives. It would be good news for those of us worried about cracking our heads one too many times, though it obviously doesn't change how our brains actually behave. The real benefit would be to researchers studying how the formation of new neurons relates to depression and other mental disorders, as well as how we make new memories and regulate emotions. These past few weeks have been a case study in the machinations of science, and it serves as a solid reminder that there aren't many hard-and-fast truths in science. And, new neurons or not, it's another piece of the puzzle of how our brains work. In the end, that's good for all of us.