DNA Art, from Farscape to Reality 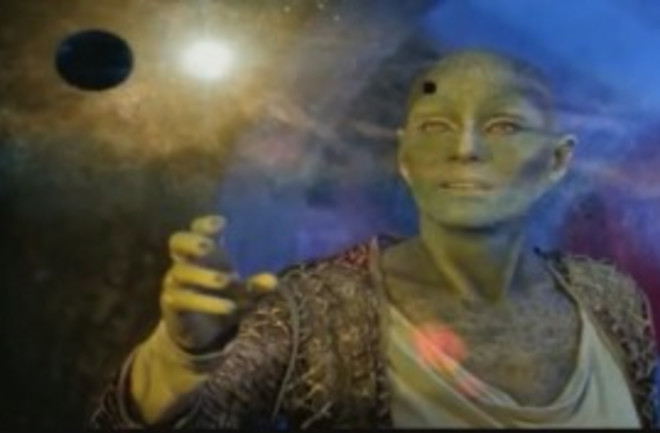 A way back, in 1999, the SyFy channel (then called SciFi) show Farscape featured an episode in which the mad genius Nam Tar offered to take DNA samples form our fugitive crew and use it to provide a roadmap back to each of their home planets. Ostensibly, NamTar could trace the mutations in their DNA back to their planetary origins, and, using that data, provide a road map back to their home planets. This was one of those times when a science fiction show's writers had less imagination than reality: Not only can we use DNA to trace back to our origins (though only locally, on this planet); we make art out of it. I heard about artist Lynn Fellman at a talk by Ira Flatow, of Science Friday fame: Working with the University of Minnesota's Urban Outreach/Engagement Center, Fellman sent DNA samples from seven north Minneapolis residents to The Genographic Project, which specializes in population genetics. The lab analyzed mutations in the DNA to provide an ancestral path for each resident from present day Minneapolis down through pre-history to humanity's origins in Africa. Fellman turned these maps into art for UROC's Deep Ancestry exhibit. The science is fairly straightforward. Neither the Y-chromosome nor mitochondrial DNA recombine during reproduction, meaning DNA from either forms a long unbroken link back to our most distant ancestors. Since fathers pass the Y-chromosome to sons, we can use it to trace our patrilineal heritage. Mothers pass down our mitochondrial DNA (as everyone who hung on for the finale ofknows) so it can be used to follow our matrilineal ancestry. Though these molecules don't recombine, they do change, over the millennia by random mutations. A single mutation will eventually spread through a population living in a particular geographic area, forming a haplogroup. Each mutation-defined group can be pinned to a specific time and place. By following the mutations, geneticists can trace our ancestry through space and time. NamTar, in the show, used that information to draw a map through the galaxy. Fellman uses it for mapping as well: Her art begins with a portrait of the person, and then traces their ancestry along their haplogroups back to our origins. Art imitating life that imitated art.

More From Discover
Mind
Why We Are Fascinated With Serial Killers
Mind
Nostalgia and Thinking About the Future Can Be Good For You
Mind
What is Anxiety and How Can Worries Overpower Us?
Mind
How Your Brain’s “Fingerprints” Could Diagnose Disease
Mind
Can't Resist a Black Friday Deal? Here's Why
Mind
Relaxing ASMR Sounds are Harder to Re-Create Than You’d Think
Recommendations From Our Store
My Science ShopDiscover STEM Kits
My Science ShopDiscover 2022 Calendar
My Science ShopStrange Science
My Science ShopElements Flashcards
Shop Now
Stay Curious
Join
Our List