Did Culture, Not Biology, Develop Humanity's Sense of Fair Play? 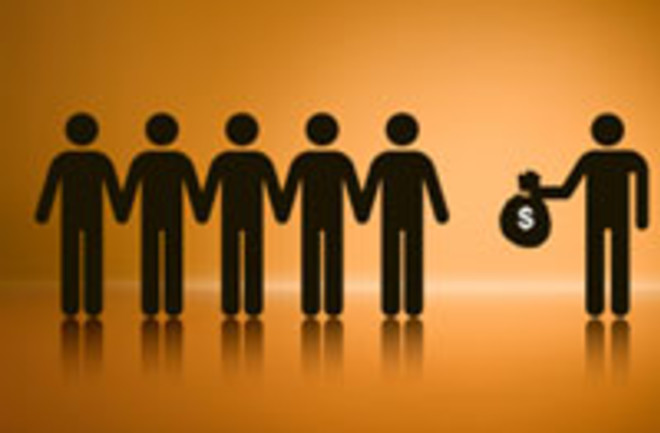 For years, scientists have debated where humanity's sense of fairness came from. Some proposed it was a glitch in the brain's wiring that causes people to be kind and fair to strangers, while others said it was a remnant of Stone Age thinking-

-that deep in our brains we see everyone we meet as part of our tiny family, and can’t imagine encountering someone who won’t ever be seen again [Wired].

But now, in a new study published in Science, scientists studying groups of people from different societies have suggested that our sense of fairness may depend on the type of society we live in. The researchers found evidence that the more complex the society, the more developed those people's sense of fairness.

You can’t get the effects we’re seeing from genes,” said Joe Henrich, a University of British Columbia evolutionary psychologist and co-author of the study.” These are things you learn as a consequence of growing up in a particular place” [Wired].

For this study, scientists observed 2,100 people from different societies--from African herders, Colombian fishermen, and Missouri wage workers. The groups varied in size, and researchers also evaluated the people's involvement in organized social activities like markets and religion--a common marker, scientists say, of the presence of a moral code that extends beyond kin. They then administered a series of games to study how group members viewed selfish behavior and how willing they were to punish it. In the first game, the "dictator game," volunteers were asked to split an amount of money with an anonymous member of his own community. They could share as much or as little as they want. So, in the pursuit of self-interest, there is really no motivation to share. In the second, the "ultimatum game," the person was asked to split cash with an anonymous person—who could then reject the offer as unfair, in which case neither party got any money. So there is a motivation for the second player to accept any offer that was made. In the last game, the "third-party punishment game," the subject could make an offer to an anonymous person, which a third party judged as fair or unfair. If she deemed it unfair, then both she and the subject both lost money.

In both the second and third games, punishers pay a price because they get more money if they abide by an unfair decision [ScienceNOW].

The study found that members of a large, complex society had a keener sense of fairness, with the money offered by subjects from larger societies ranging from 25 percent to 51 percent higher than the smaller groups.

Scientists said the trend indicatedthat when people lived in larger communities, and participated more in markets and religion, they were more willing to share, and more willing to punish selfishness [Wired]; adding that

actions taken by university students were vastly different than those who lived in smaller pastoral or hunter groups. Lead researcher Joseph Henrich observed that members of smaller groups were unwilling to punish selfish behavior and were willing to keep much of the money for themselves. This may be because smaller communities lack the social norms or informal institutions like markets and religion, causing them to have narrower concepts of fairness.

Henrich suggests that culture evolved toward fairness for hundreds of thousands of years before the advent of agriculture, which in turn fostered stable, ever-larger community structures that further accelerated the cultural evolution of fairness. This could have biological effects, favoring the development of linguistic and cognitive abilities, but the fundamental driver was culture

However critics argue that in the absence of cultural context, the tests seem weak. Terming the games an "artificial situation," evolutionary game theorists Martin Nowak and David Rand pointed out that college students are "used to [such] concepts and hunter-gatherers aren't. Who knows how they’re understanding the game?"

Related Content: 80beats:Dogs Demand Fair Play, or They Won’t Play at All 80beats: Even “Impartial” Jurors Use Emotion and Self-Bias in Decisions 80beats: Does Testosterone Cause Greedy Behavior? Or Do We Just Think It Does?Image: iStockphoto