Researchers claim that they can ask questions and receive answers from dreaming participants. 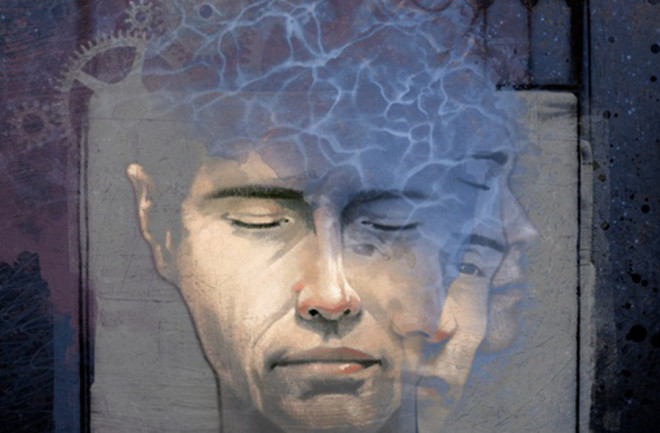 A group of researchers say that it's possible to communicate with sleeping people and ask them questions within a lucid dream. The paper's called "Real-time dialogue between experimenters and dreamers during REM sleep."

The authors, led by Ken A. Paller of Northwestern University, say that:

Individuals who are asleep and in the midst of a lucid dream (aware of the fact that they are currently dreaming) can perceive questions from an experimenter and provide answers using electrophysiological signals.

The paper is a review of 57 attempts at dream-communication or "interactive dreaming." In these experiments, participants fell asleep and EEG was used to detect when they were in dreaming REM sleep. Participants then sent a signal (using eye-movements) that they were aware of having a lucid dream, at which point, experimenters asked them questions.

For example, in one case, a lucid dreamer was asked "8 minus 6?" by an experimenter. In response, the dreamer made two left-right eye movements. The question was repeated, and he made the same movements, as shown on the record below:

Communication with a lucid dream

Another dreamer was asked "4 minus 0?" They responded correctly with four eye movements, although upon awakening, they reported having thought the question was "4 plus 0."

What was it like to receive a communication while dreaming? Some dreamers reported that the experimental questions seemed to come from "outside" their dream, while in other cases, the questions were incorporated into the dream narrative. For example, one dreamer reported hearing the voice of the experimenter coming from a radio in the dream.

Not all of the attempts at interactive dreaming were successful, however. Out of 36 participants who took part in a total of 57 sessions, 75% of sessions failed because the participant didn't enter a lucid dream at all. In the lucid dreams, experimenters asked 158 questions in total, and the rate of correct answers was 18%. Three percent of answers were incorrect, and in the other cases there was no clear response.

Clearly, the interactive dreaming method is unreliable, but it's pretty interesting that it works at all. Lucid dreaming is a technique with a long history, and using eye movements to signal a lucid dream is a well-known technique, but communication across the veil of sleep goes well beyond that.

The concept of dream communication isn't entirely new, however. Back in 1984, researchers Peter Fenwick and colleagues claimed that a lucid dreamer could use muscle twitches to report how many electric shocks he had just received, and a 2018 Russian paper reported bidirectional communication. But this is the first large-scale and systematic report.