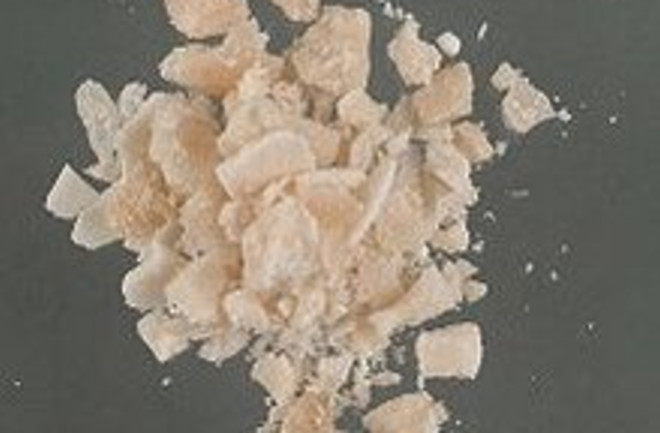 Not that dangerous? The Philadelphia Inquirer has a long piece which reports on the reality that the 'crack baby epidemic' of mentally retarded or unstable individuals turned out to be unfounded. The experimental design is as simple as can be: compare individuals of similar socioeconomic background, and track them over their lives. The past generation since the 1980s crack wave has been an unfortunate, yet illuminating, 'natural experiment.' The researchers found that contrary to expectations there are basically no statistically significant differences between 'crack babies' and control individuals.* This is not a surprising result, as there were hints of this in the child development literature even in the 1990s. The author of the study focused on a sample of lower class black Americans, and noted that despite the lack of statistical differences in outcomes due to exposure to crack in utero, these individuals have been exposed to a lifetime of an underclass milieu, which is likely not conducive to human flourishing. In other words, the reality is much more banal and unsurprising when viewed in a broader light. But for general social policy it is critical to point out that even as extreme a shock to the system as crack cocaine does not seem to have strongly inimical long term consequences for individuals. Child development, and the cultural Zeitgeist which draws upon the 'science,' is notoriously faddish. In the years after World War II Freudianism and Behaviorism came into vogue, perhaps in part as a reaction to the biological bias of earlier theories of development. Today we have 'attachment parenting', which again treats the child as if they are a fragile flower, whose every need must be catered to lest their wilt under the harsh conditions of existence (at least the parental expectation of the needs of the child).

This is why books such as The Nurture Assumption are critical in calibrating the rational parent's expectations. The takeaway is that the individual choices you make as a parent are a lot less important than the individual genes you contribute as a parent. The environmental component does exist, and is substantial (explaining the majority of the variance in outcome for many biobehavioral traits). But it is likely that the component you can control is more of the social and collective input. Buying a house in a community with 'good schools' probably is rational. And, it is perhaps important to note that some environmental variation is going to be random, and you cannot account for it through even the most fastidious of social engineering programs (e.g. if it is developmental stochasticity in utero). Much of the same applies to pregnancy, which is why I am quite looking forward to Emily Oster's new book Expecting Better: Why the Conventional Pregnancy Wisdom Is Wrong?and What You Really Need to Know. Let's keep pregnancy in perspective: it isn't cancer, women have been bearing children for as long as women have existed. Unfortunately a minority of difficult pregnancies have resulted in the medicalization of pregnancy writ large. Pregnant American women also live in terror that any congenital defect in their children is due to some environmental input for which they are responsible. This is where I think the thalidomide crisis has resulted in a cultural memory which overwhelms empirically based concerns. Though there will be instances where the causal variable is clear, distinct, and easy to remove from the equation, in most instances when development goes awry it will for all practical purposes be random. This is the unfortunate reality of biological process. But as humans we want there to be causal agency in the world, and all the better if that cause can be removed to return the system to a more acceptable state. With all this in mind the crack baby epidemic was a case of moral panic rooted in plausible biological concerns. After all, it doesn't seem crazy on the face of it that bathing a fetus with drugs in utero might have long-term consequences. Not only is the model of causation plausible, but the mothers in this case are eminently culpable, and frankly not particularly sympathetic. When biological plausibility aligns with our moral sensibilities for what is just and right in the world (i.e., women who do drugs while pregnant should not be surprised when their offspring are less than stellar), then you have a potent mix which spreads like memetic wildfire. But just because the meme is appealing does not mean it is true. * This does not mean that crack might not be correlated with particular problems, but the author of this study seems to suggest that once you remove premature infants from the equation the differences disappear.