In light of the previous post I was curious about the literature on inbreeding depression of IQ. A literature search led me to conclude two things:

- This is not a sexy field. A lot of the results are old.

- The range in depression for first cousin marriages seems to be on the order of 2.5 to 10 IQ points. In other words ~0.15 to ~0.65 standard deviation units of decline in intelligence.

The most extreme case was this paper from 1993, Inbreeding depression and intelligence quotient among north Indian children. The authors compared the children of first cousin marriages, and non-bred in individuals, from a sample of Muslims in Uttar Pradesh of comparable socioeconomic status (though the authors note that inbreeding has a positive correlation with socioeconomic status in this community). A table with results speaks for itself: 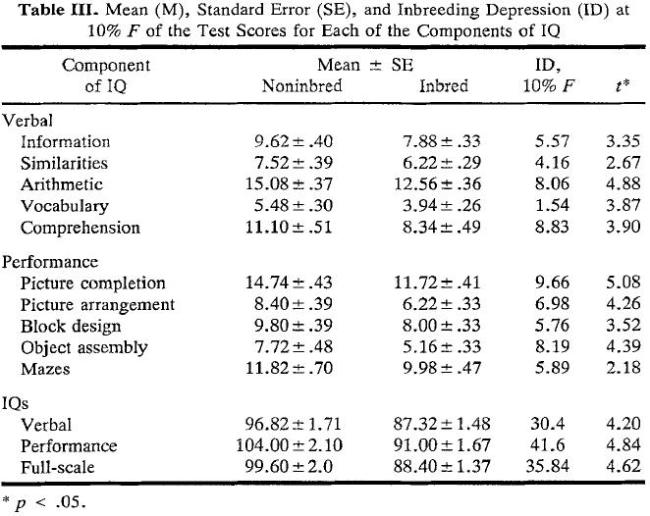