Could Schwann Cells Hold the Key to Eternal Youth? 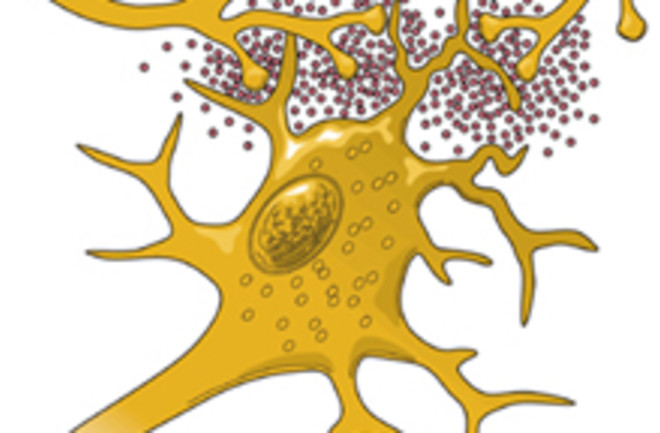 Schwann cells are talented little buggers, single-handedly weaving layers of myelin around axons in the nerves of our peripheral nervous system. And they also have age-reversing abilities that would make Dr. Heidegger proud. Now, David B. Parkinson of the University College London and his colleagues have isolated the protein that turns back the clock for the cells, returning them to their youthful state. The cells have the ability to “dedifferentiate,” or revert back to an immature state in which they can no longer manufacture myelin, in order to speed the healing of injured nerves. While it's known that the protein Krox-20 causes immature Schwann cells to grow up fast and start myelin production, until now no one knew what exactly caused them to reverse the process and return to juvenility. Suspecting that the key protein was c-Jun, which Schwann cells produce in their youth, Parkinson cultured neurons with Schwann cells whose c-Jun gene they could turn on and off at will. When the c-Jun switch was flipped, myelination slowed, indicating that the protein kept the cells from maturing. If c-Jun was missing, the Schwann cells couldn't dedifferentiate. Next on the agenda for Parkinson and his team is whether c-Jun is involved in myelin-related illnesses like Charcot-Marie Tooth disease and Guillain-Barre syndrome, as well as whether it could be helpful with myelin regeneration in multiple sclerosis—which, since it attacks the central nervous system, involves oligodendrocytes, the first cousin of Schwann cells.