Could an Inner Zombie Be Controlling Your Brain?

Scientists have found evidence that the self-aware part of our brains isn't always in charge. 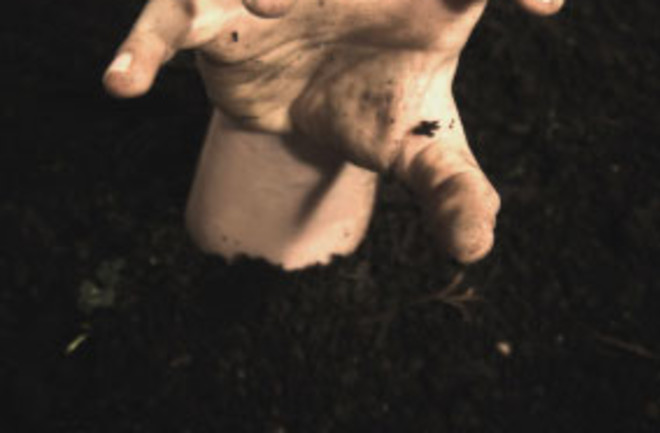 If you had to sum up the past 40 years of research on the mind, you could do worse than to call it the Rise of the Zombies.

We like to see ourselves as being completely conscious of our thought processes, of how we feel, of the decisions we make and our reasons for making them. When we act, it is our conscious selves doing the acting. But starting in the late 1960s, psychologists and neurologists began to find evidence that our self-aware part is not always in charge. Researchers discovered that we are deeply influenced by perceptions, thoughts, feelings, and desires about which we have no awareness. Their research raised the disturbing possibility that much of what we think and do is thought and done by an unconscious part of the brain—an inner zombie.

Some of the earliest evidence for this zombie came from studies of people who had suffered brain injuries. In 1970 British psychologists Elizabeth Warrington and Lawrence Weiskrantz showed a series of words to a group of people with amnesia, who promptly forgot the list. A few minutes later Warrington and Weiskrantz showed them the first three letters of each of the words they had just seen and forgotten and asked the amnesiacs to add some additional letters to make a word. Any word would do. The amnesiacs consistently chose the words they had seen and forgotten; the inner zombie, somewhere beyond awareness, retained memories of the words.

Our inner zombies may also be able to control our bodies. In 1988 a woman known as “patient D. F.” suffered carbon monoxide poisoning and lost the ability to recognize objects and shapes. Her eyes were still relaying information to her brain, but the connections between regions of her brain had been damaged so that she was no longer aware of what was before her. Scientists at the University of Western Ontario set a card on a table in front of D. F. and then held up a disk with a slot in it. They asked D. F. to hold the card at the same angle as the slot. She couldn’t. But when asked to put the card in the slot as if she were mailing a letter, she immediately—and unknowingly—turned the card to the correct angle and slipped it in.

These days a number of powerful new tools can scrutinize the inner zombies in healthy brains. Earlier this year, a team of University of Copenhagen researchers reported rendering 11 healthy people temporarily blind by focusing a beam of magnetism at the back of the subjects’ heads. This interfered with the activity of neurons in a region called the visual cortex. For a few minutes the neurons were deactivated, and the subjects reported that they couldn’t see anything.

At the start of the experiment, the subjects—who could see at this point—sat in front of three lights, each with a button below it. When the center light went on, they had to reach out their hand and press the button next to it. In some trials, the scientists switched off the center light just as the subjects began reaching, and turned on a different one. The subjects therefore had to shift their hand movement to press the correct button.

Less than a tenth of a second after the light switched, though, the scientists zapped the subjects, instantly blinding them. With so little time between the switch of lights and the zap, the subjects still thought the center light was on. Yet a significant number of them moved their hand away from the center button and shifted it to the correct one. Their inner zombie didn’t need any awareness in order to perceive the change and alter the command it sent to the hand.

In the Danish experiment, the subjects were at least aware of their goal, even if they didn’t know how they were achieving it. Other experiments show that our unconscious mind can fully act like a conscious self. Take a recent experiment in which French and English scientists had volunteers play a simple game while undergoing a brain scan. The subjects held a handgrip while watching a computer screen. They were told to squeeze the handgrip whenever they saw a picture of money on the screen. The more they squeezed, the more money they would win.

Some pictures stayed on the screen long enough to be identified. Others raced by. Regardless, the image of a British pound caused the volunteers to squeeze harder than they did at the sight of a penny, even when it appeared so quickly that they were not consciously aware of what kind of money they were seeing. The brain scans allowed the researchers to compare unconscious with conscious responses and showed that a reward-judging region of the brain, the ventral palladium, became active in both cases.

Mounting evidence of our inner zombie at work has led some scientists to downplay the importance of our aware selves. Earlier this year in Time magazine, Harvard psychologist Steven Pinker declared that “the intuitive feeling we have that there’s an executive ‘I’ that sits in a control room of our brain, scanning the screens of the senses and pushing the buttons of the muscles, is an illusion.”

But don’t give up on consciousness just yet. A small but growing number of re­searchers are challenging some of the more ex­treme arguments supporting the primacy of the inner zombie. “Although these studies are fas­cinating and important,” writes Matthew Lieberman, a social psychologist at UCLA, “they ultimately fall short of supporting the assumptions that are seeping into our collective understanding of the mind.”

While our inner zombies may be able to do some information processing, there are other kinds of processing that they cannot do. Studies have shown that people can unconsciously prime their minds to perform better on memory tests, essentially training for a test without explicitly being aware of it. To explore the limits of such priming, University of Kentucky psychologist Nathan DeWall and his colleagues recently conducted a study to see if consciousness is important in completing logic puzzles. One group of volunteers first arranged words having to do with logic and reasoning into sentences; another group arranged neutral words into sentences. Then the scientists had the volunteers complete fragments of words. The fragments could be completed with a logic-related word or one not related to logic. (For example, correct answers for L_G_ _ included LOGIC and LIGHT.) Finally, DeWall tested the subjects on actual logic puzzles.

Although the volunteers who had been primed with logic words tended to choose logic-related terms in the word-completion task, priming didn’t help them with the puzzles. The zombies failed. On the other hand, explicitly instructing people to think about logic-related ideas, tapping into their conscious mind, did make them perform better on logic tests.

Brain scans also provide ammunition to beat back the zombies. If our inner zombie really is in charge, then we would expect to see some distinct patterns of brain activity when we performed a task. If we did something unconsciously, only the “zombie network” of regions would be detected. If we did the same thing consciously, the zombie network would light up, but this time along with the few other regions of the brain that give us a feeling of awareness.

Lieberman and his colleagues have been running experiments whose results don’t fit those zombie brain patterns. To map conscious and unconscious processing of information, Lieberman used a classic psychology experiment in which subjects learn arbitrary rules about stringing letters together, known as an artificial grammar. People can learn these rules consciously (by being told, for example, that v always follows t). They can also learn artificial grammar unconsciously by looking at a lot of “words” that follow the rules. Later, when psychologists show them strings of letters, they can tell the researchers whether or not they are valid, without being able to say what the rules are.

Lieberman showed his subjects an artificial grammar that incorporated two types of rules, one that could be learned consciously and another that tended to be picked up only unconsciously. Then, as he scanned their brains, the subjects were shown another set of letter strings and had to judge whether their grammar was valid. One region of the brain became active when the subjects identified conscious rules, while a different region became active for the unconscious rules. The two regions followed an inverse relationship: When one was more active, the other was less so. The conscious brain took its own, distinctive path.

Lieberman got similar results when he showed a group of subjects pictures of other people’s faces while the researchers scanned their brains. In some trials Lieberman had his subjects choose two words to describe each face’s expression, forcing them to consciously reflect on the emotions they saw. In other trials, subjects chose a name for each face, but no attention was drawn to its emotion.

The brain activity in the two groups was strikingly different. When people merely chose a name for an angry face, the amygdala region of the brain became very active. The amygdala plays a central role in how we respond unconsciously to emotional situations. Among the volunteers who used words to describe the faces—consciously reflecting on the emotions they saw—the amygdalas remained quiet. But an entirely different region, called the right ventrolateral prefrontal cortex, became active. This area is energetic during reflection, reasoning, and self-control. The inner zombies of the subjects who focused consciously on the faces’ emotions were silenced.

Such studies don’t mean that our inner zombie doesn’t exist. A number of networks in our brain process information without troubling our awareness. But we shouldn’t be so captivated by this insight that we think of our conscious self as nothing but a passive moviegoer in the theater of the mind. It may be that our conscious and unconscious minds are parallel systems, each specialized for handling different kinds of tasks.

Perhaps our inner zombies play the same role as the address books on our computers. We can memorize people’s addresses and phone numbers, but it takes effort, and we’re prone to recall them incorrectly or forget them. Computers store them automatically, leaving us free to spend our time thinking about more interesting things. The zombie mind may take over simple, repetitive tasks from our conscious mind, leaving the latter free to focus on the kinds of thought we do best with self-awareness. As Lieberman says, “The zombielike processes may be taken offline when more reflective processes are brought online.”

So we may have a mind that is capable of free will and awareness after all—it just needs a little help from its friendly neighborhood zombie.

More From Discover
Mind
The Complex Ways Humans Empathize With Other Animals
Planet Earth
Our Dogs Do Manipulate Us, According to Science
Mind
Lies, Deception and the Criminal Justice System
Mind
Humans Evolved To Be Lonely
Mind
Why Are People More Attractive the Longer You Know Them?
Mind
The Emotional Psychology Behind Investing
Recommendations From Our Store
My Science ShopDiscover STEM Kits
My Science ShopDiscover 2022 Calendar
My Science ShopStrange Science
My Science ShopElements Flashcards
Shop Now
Stay Curious
Join
Our List