New research reveals who really has the gift of gab. 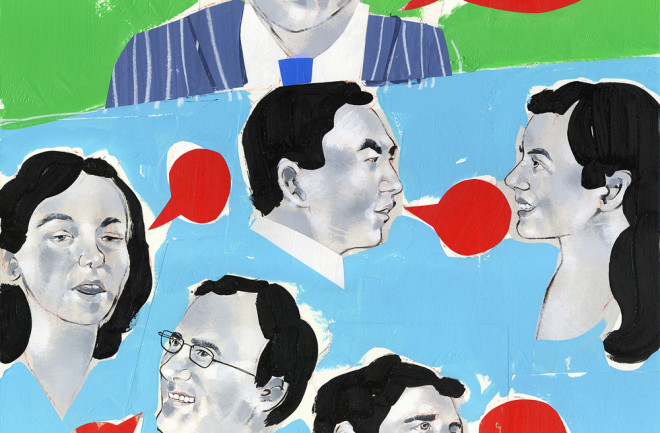 Men and women often give each other a bad rap. Women talk too much, while men don’t talk enough. But new research published in Scientific Reports finds context is key.

Northeastern University political scientist David Lazer and colleagues used a smartphone-size device called a sociometer to eavesdrop on conversations among a total of 133 participants, separated into two group settings. They found that in a laid-back lunchtime atmosphere, men chatted just as much as women; in a cooperative, task-driven environment, women won out — but only in small groups. Men out-talked their female peers in groups of six or more in cooperative environments.

It seems chatty Charleys can keep up just fine with chatty Cathys.