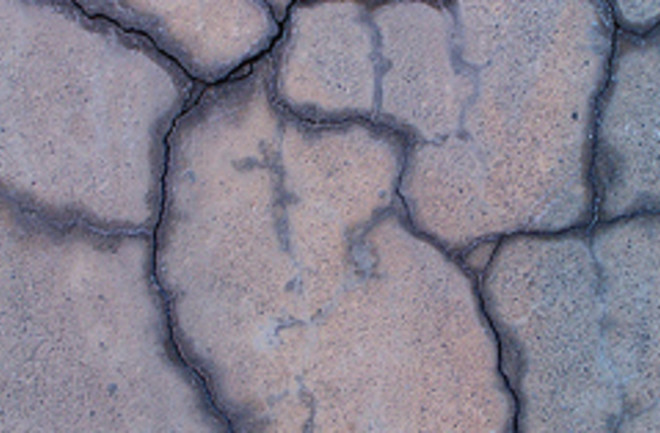 When William McDonough and other pioneers of the sustainable architecture movement first envisioned the concept of living, breathing buildings, it's safe to say that they probably didn't have structures teeming with actual living, breathing bacteria in mind. But don't tell that to Henk Jonkers of Delft University of Technology in the Netherlands. What he and his colleagues have developed—a self-fixing bacteria-concrete hybrid—may do more to propel sustainable architecture into the mainstream than McDonough could have ever hoped for. While it may sound unheard of, scientists have been pressing bacteria into service in construction for years. The use of mineral-producing bacteria has already been explored in a variety of applications, including the hardening of sand and in repairing cracks in concrete. But there are two problems inherent to this approach. First, the reaction that these bacteria undergo to synthesize calcium carbonate results in the production of ammonium, which is toxic at even moderate concentrations. The other problem is a more prosaic one. Since the bacteria have to be applied manually, a worker or team of workers would have to go out every few weeks to patch up every little crack on every slab of concrete—nearly defeating the purpose of making the repair process simpler and more cost-effective. Jonkers' solution was to track down a different bacterial strain that could live happily buried in the concrete for prolonged periods of time. Because the bacteria would be mixed into the concrete from the start, they could immediately nip small cracks in the bud before they had a chance to expand and become exposed to water, rendering them vulnerable to further wear and tear. (Concrete structures are typically reinforced with steel bars, but these can easily become corroded when water seeps into the cracks.) Such a strain would have to endure the high pH environment of concrete and churn out copious amounts of calcium carbonate without also producing large quantities of ammonium.The researchers found just the right candidates: a hardy bunch of spore-forming bacteria belonging to the genus Bacillus that make a great living in the alkaline soda lakes of Russia and Egypt. Jonkers and his colleagues placed the spores and their food source, calcium lactate, into small ceramic pellets to prevent them from being activated prematurely by the wet concrete mix and adversely affecting the integrity of the material. The spores remained dormant until the formation of a crack allowed water to sneak in, waking the bacteria and their appetite. As they began to chow down, gobbling up the calcium lactate and water, they also began to pump out calcite (a very stable form of calcium carbonate), which quickly went to work filling up the holes. Now that they've successfully tested the bacteria's mettle, Jonkers and his co-workers plan on comparing the strength of their natural concrete to that of the real thing. While not examined in the New Scientist story, I imagine that it should be possible to genetically tweak the bacteria into building a stronger form of calcite (or an even tougher material) that would match up more favorably to its man-made counterpart. For those of you who would prefer to keep bacteria out of your walls (not that you need to worry, since these particular strains wouldn't survive outside), there are other alternatives. Michelle Pelletier, an engineer from the University of Rhode Island, has created a microencapsulated sodium silicate healing agent that, like the bacteria, springs into action when a crack begins to appear. The sodium silicate reacts with the calcium hydroxide embedded in the concrete to form a malleable gel that covers the holes and hardens within a week of activation. According to Pelletier, the material may also help ward off corrosion by enveloping the steel bars in a thin, protective film. Though their approaches to solving the problem may differ, both Jonkers and Pelletier tout the climate benefits of their inventions: Cement production already accounts for roughly 7 percent of worldwide carbon dioxide emission production, so any technology or procedure that could make concrete structures more durable would be a welcome development.