Comic-Con: Iron Man and the Scientists Who Love Him (His Movie, Anyway)

Sure scientists enjoy the first Iron Man movie. They're human beings after all, and that was a pretty decent movie. But I would never have expected scientists to love it for...well, for its approach to science. At the NewSpace panel I attended yesterday, Mark Street, from XCOR, said he and a group of colleagues went to see the first film together. "Our favorite part was the testing," he said at the panel. "You know the part where he tries out the rocket boots, and he turns them on at like 10% and gets thrown onto the roof of car? We cracked up because that's exactly what happens." 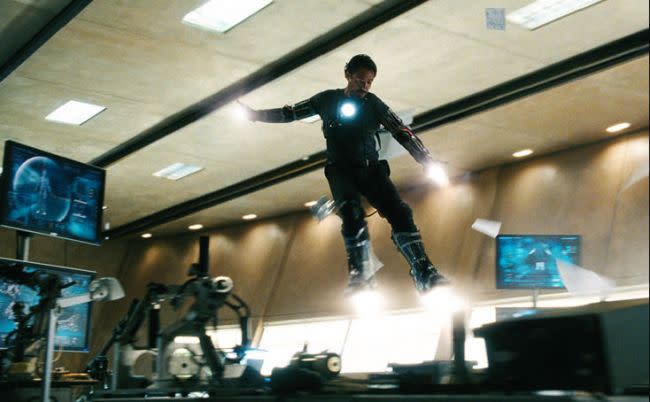 Obviously, Street was joking, but his point was that Iron Man was one of the few movies to offer a smatter of realism in how science gets done: Have an idea, test it, have it not work right, try again. "It never works the way you think it's going to work the first time," said Molly McCormick, an engineer who designs space suits for Orbital Outfitters. At Discover's panel Thursday, Discover blogger Sean Carroll, who I don't think attended the space panel, made the same point on his own. "Iron Man had the scientific method," he said. "It didn't always work."