Comic Con 2009: io9 Guides You to the Future of Humanity 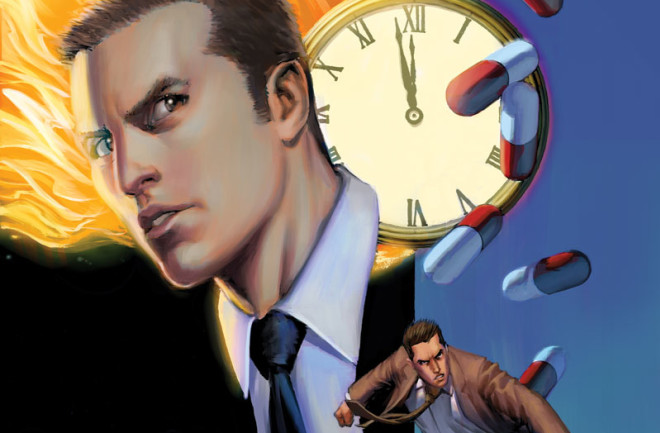 This morning, io9 demonstrated that in addition to putting out an awe-inspiring blog every day, they could also put on a mind-expanding Comic Con panel.  With no Hollywood celebrities and just a couple of special guests, our favorite sci-fi bloggers ran through the TV shows, movies, comics and books of the past year that “blew our minds without blowing up any giant robots.”

Here are a few of their recommendations:

Moon -Duncan Jones’s new movie topped the list for both Annalee Newitz and Meredith Woerner.  Like a lot of the works recommended by the panel, Moonexplores what it means to be human in a rapidly approaching era where humanity can be technologically upgraded or artificially created (note: this is not a spoiler, the lead character realizes very early in the film that he is a clone).

Julian Comstock – In this novel, Robert Charles Wilson depicts a 22nd century American that has sunk into barbarism and theocracy.  In response, the hero undermines the regime in part through trying to popularize ideas about Darwin in a world that has forgotten about science.

Rest –  What if someone invented a pill that meant no one would ever have to sleep, with no adverse side effects?  Panel guest Bonnie Burton from StarWars.com picked the Devil’s Due comic Rest, which explores this idea and its implications on society, the environment and mental health.

Wonton Soup – James Stokoe’s comic, recommended by Graeme McMillan, investigates what humans would do if they had to be out in space for a really long time.  Apparently the answers are get high and cook alien recipes.

Infoquake – io9 editor Charlie Jane Anders picked a series of novels by David Louis Edelman.   In Edelman’s future, people can hack and upgrade their own bodies and brains, impacting human relations in both the literal and business senses of the phrase.