Cognitive Enhancers are Not "Cheating" 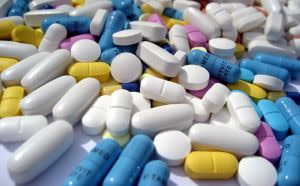 Matt Lamkin argues that universities shouldn't ban cognitive-enhancing drugs like Ritalin and Adderall. Lamkin is a lawyer and, like myself, a master's candidate in bioethics. He rightly believes that a ban would do little to promote fairness or safety among students. The rule followers would be at a disadvantage while the rule-breakers would be at a greater safety risk. But Lamkin doesn't believe we, as a society, should be ok with cognitive enhancement usage. Instead, he argues:

The word "cheating" has another meaning, one that has nothing to do with competition. When someone has achieved an end through improper means, we might say that person has "cheated herself" out of whatever rewards are inherent in the proper means. The use of study drugs by healthy students could corrode valuable practices that education has traditionally fostered. If, for example, students use such drugs to mitigate the consequences of procrastination, they may fail to develop mental discipline and time-management skills. On the other hand, Ritalin might enable a student to engage more deeply in college and to more fully experience its internal goods—goods she might be denied without that assistance. The distinction suggests that a blanket policy, whether of prohibition or universal access, is unlikely to be effective. Instead, colleges need to encourage students to engage in the practice of education rather than to seek shortcuts. Instead of ferreting out and punishing students, universities should focus on restoring a culture of deep engagement in education, rather than just competition for credentials.

Lamkin's argument is that cog-enhancers are an easy way out for those in school. Struggling to study builds character and good habits. Though he disapproves of cog-enhancers, I appreciate his hesitancy to involve the law. Lamkin doesn't believe policing cog-enhancing drug usage is necessary, but would prefer honor codes opposing cog-enhancing drugs. He believes honor codes cause one to "internalize" the value of not using the drug. What is curious is that Lamkin doesn't actually address what Ritalin and Adderall do for a student. As a person who has a legit prescription for Ritalin, and who knows his fair share of folks who've taken Adderall off-label, I believe I can speak to how cog-enhancers work in at least an anecdotal sense.

Simply put: cog-enhancers let you focus on one task very intensely, whether that task is organizing your music library or doing the dishes or (ahem) writing a master's thesis in bioethics. To help clarify this, imagine the parts of a brain actively thinking as bright areas, and those areas not thinking as dim areas. A normal brain might look like the center brain pictured. The hot colors indicate active thought, the cool colors indicate calm parts of the brain. The above images are not scientific, but are a visual analogy for the felt effects of cog-enhancers. Basic stimulants, like caffeine and the stuff found in energy drinks, cause the whole brain to get brighter – inactive and active areas brighten to the same degree. That is why you feel energized but unfocused after one too many cups of coffee. A rough simulation of what that might look like is the picture to the left. Everything is lit up. The brain is more awake but over-stimulated. Alternatively, cog-enhancers like Ritalin and Adderall work by making bright areas much brighter while causing dim areas to go very dark. The result is one is able to focus on whatever task is at hand. As I can attest, it is just as easy to lose an hour studying xenomorphs on Wikipedia as it is to actually writing an essay for class. The image on the right is an approximation of what that might look like. Notice the areas of thought are not only brighter but more intense (indicated by darker red). The key point is that whatever drugs you do or don't take, a sense of discipline is still necessary to make the drugs useful. If a person takes Ritalin and then plays Call of Duty for hours, they won't do any better in class. Furthermore, no matter how many pills you take, you aren't going to know the facts and ideas necessary to write your paper or pass a test. Cog-enhancers enable those who might have trouble focusing or staying awake to do so on demand, but the drugs don't put an iota of knowledge or a single original thought into a person's mind. If Lamkin wants a culture that encourages in depth commitment to education, then cognitive enhancers are the way to go. Cog-enhancers allow a person to efficiently utilize the time they have to get the most studying/homework done. A ban on enhancers, as Lamkin notes, won't do anything positive, but neither will an attitude of disapproval. Cog-enhancers allow a person who wants to study or write to be able to do so in a better, more productive fashion. Follow Kyle on his personal blog and on twitter.Image of delicious looking pills by RambergMediaImages via Flickr Creative Commons; Original image of brain scan by BlatantNews.com via Flickr Creative commons; edits to brain by Kyle Munkittrick.