Research reveals that persistent pain alters parts of the brain involved in decision-making. 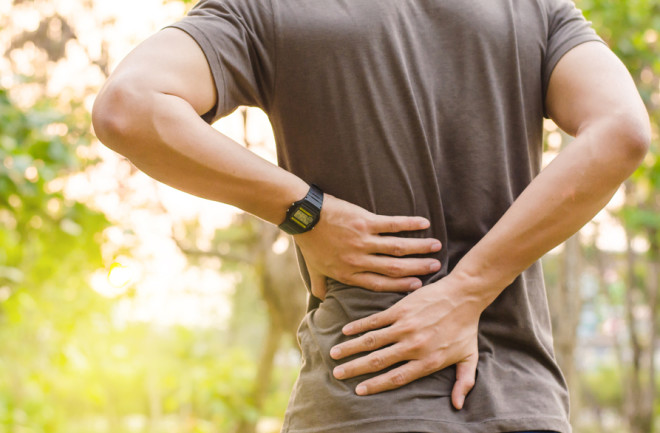 Chronic pain can shape lives in profound ways, from hastening an early retirement to causing a reliance on prescription painkillers. Yet studies into long-term pain reveal an even more insidious consequence — people in pain often make poorer decisions, including risky financial ventures and unhealthy food choices.

In laboratory gambling experiments, for example, participants are often asked to select cards from decks that are skewed towards different outcomes. Most players quickly learn to stick with the safer cards, but players with chronic pain often don’t, gambling large sums and accruing debt. In part, they may be more willing to gamble because they lack the subtle bodily changes — a racing heart, butterflies in the stomach, sweaty palms — that help us figure out when we’re about to make a bad decision. This is particularly true when we’re facing ambiguous choices that are hard to solve logically, where we're more likely to use our gut to guide us. But those who suffer from chronic pain don’t exhibit these physiological clues before selecting a high-risk card. Scientists suggest that pain may create background noise that muffles other bodily signals, or may directly alter brain regions to make them less sensitive to internal sensations.

Of course, not everyone with chronic pain has a gambling problem. Yet, research suggests that persistent pain can impair everyday financial choices. Beyond that, lingering aches can even drive people to eat differently, making them more likely to overeat when they’re not hungry.

Chronic pain is worryingly common, affecting one in four adults and costing the US $635 billion in healthcare and lost productivity each year. Surveys of professional athletes and members of the military paint an even starker picture: Among veterans of the recent wars in Iraq and Afghanistan, over 80 percent suffer persistent pain caused by traumatic brain injuries.

Scientists are still working to understand how pain impacts our eating habits. A 2014 study in the journal Pain found that people experiencing lower back pain obtained less pleasure from eating high-fat food. Those who suffered from backaches often continued to eat despite a lack of satisfaction and already feeling full. “Like patients with depression, patients in pain are anhedonic, which means they have lost the ability to enjoy certain things in like," says Paul Geha, a psychiatrist the University of Rochester who led the study and specializes in the neuroscience of pain. "If you lose satisfaction from food, you may end up eating more because satisfaction is a form of satiety.”

A study published in 2022 revealed that disrupted eating often occurs after pain becomes chronic and is associated with structural changes in the nucleus accumbens, a brain region involved in motivation and reward. (Stimulating this brain region in rodents can drive them to overeat in the absence of hunger.) The disruption to the brain’s reward circuitry in pain patients may explain the co-occurrence of chronic pain with obesity. For years, the prevailing view among scientists was that people in pain avoid physical activity, in what is known as the “fear-avoidance model”. But evidence for this model is lacking, says Geha, and wouldn’t apply to migraine sufferers, who also exhibit weight gain.

Persistent pain may also prevent people from adapting their thoughts and behavior to meet the demands of new situations. This trait is known as cognitive flexibility and it allows us to change our habits when something unexpected arises, such as a cancelled train or, say, a global pandemic.

In the lab, rats with chronic pain may quickly learn to pull a lever to dispense food, but they're also slower than healthy rats to adapt to changing conditions. When a new lever is added which releases more food, rats in pain take longer to switch. Likewise, people with a debilitating pain condition are capable of sorting cards according to certain rules, such as by suit, but struggle when the rules are altered.

Pain’s malignant effects can be seen in brain scans. People with persistent backaches have less grey matter in the prefrontal cortex, a brain region involved in pain perception, decision making and cognitive flexibility. Endless stimulation of the frontal cortex may cause it to wire itself differently, impairing an individual's ability to make sound decisions or adjust their thought patterns. People with chronic pain are therefore more likely to stick to what they know, blinded to better alternatives.

Techniques like cognitive behavioral therapy are already being used to address the psychological effects of chronic pain. Some researchers suggest tailoring therapy towards strategies that boost cognition, an approach that has helped improve memory in stroke patients by teaching recall techniques that utilize undamaged brain regions. As we understand more about how pain manipulates the mind, those developing new treatments for chronic pain may begin to consider not just relieving the sensation itself, but helping those who suffer from it think more clearly, too.