Causes of Phobias Can Be Complicated

Fear not, here's what the experts have to say about the factors at play. 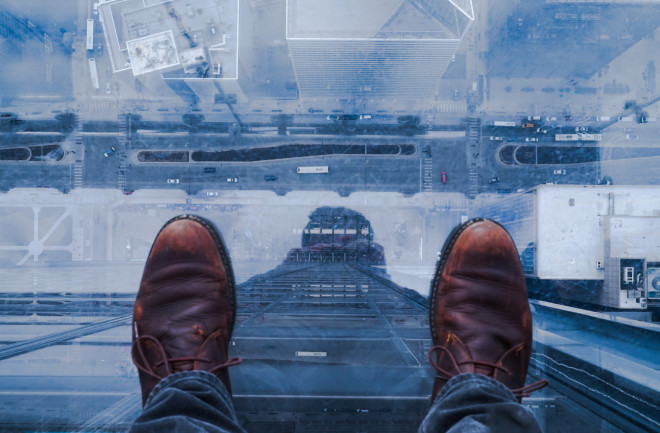 A New York woman was once so terrified of snakes that simply reading the word for the reptile would derail her into panic mode. Yet, the cause of her phobia wasn’t initially clear. “What was fascinating about it is she grew up on Long Island, which has no snakes as far as I know unless you had a pet snake,” says psychiatrist Liat Jarkon, who saw the woman as a patient several years back. “She never traveled to an area that was indigenous to snakes, she’d never been bitten, nothing.”

Eventually, the two decided her phobia stemmed from watching a movie that featured a snake. “It horrified her so much that it started her thinking, ‘what if, what if, what if,’” Jarkon says.

Over the course of their sessions together, Jarkon — who currently serves as the director of the Center for Behavioral Health at the New York Institute of Technology — worked with the patient through exposure therapy. They began by writing the word “snake,” then moved on to looking at photos of the slithery creatures. Eventually, the woman was able to handle being in the same room as a plastic model of a snake.

From acrophobia (the fear of heights) to turophobia (the fear of cheese), phobias come in a variety of flavors. All, however, are defined by extremely debilitating, and often irrational, feelings of anxiety. And they may be more common than you think, according to the Anxiety & Depression Association of America, with roughly 8 to 9 percent of the U.S. population affected by specific phobias.

Read More: From Clowns to Buttons, These Weird Phobias Afflict Many People

Like the vast number of phobias themselves, the reasons behind them are also varied. Personally, I have a bit of a phobia around driving — particularly when navigating large cities. My mom, who has similar anxieties, was my main source of driver’s education. Did I pick up the fear from her or was I always destined to share the same anxiety because of our shared genes? Experts say both are likely contributing factors.

“You learn from what happens to you and also from what you see and hear,” says Elizabeth McMahon, a San Francisco-based psychologist who has specialized in treating anxiety and phobias for more than 30 years. “People have developed phobias from movies, from seeing how friends or family members behave, from hearing about others’ scary experiences, as well as [from] having frightening experiences themselves.”

Experiences such as being bitten by a dog, sitting through an especially turbulent flight or witnessing a crime can all be triggers. “Let’s say I was waiting in line and I saw someone being robbed,” Jarkon says. “I might be afraid of waiting in line again. Or I might be more heightened to the sound of someone screaming because the person being robbed was screaming.”

Traumatic experiences can often be the culprit behind anxiety and phobias, but genetics and other factors can play a role too. “People with a genetic predisposition to anxiety may be at high risk of developing a phobia,” says Shagoon Maurya, a psychologist and psychotherapist based in Australia who provides virtual counseling to clients. “Age, socioeconomic status and gender seem to be risk factors only for certain phobias.”

For example, people from different countries report different rates of phobias too, Jarkon notes. While the prevalence in the U.S. hovers around 9 percent, in Asia and Africa it’s only about 2 to 4 percent. Women in general have specific phobias at twice the rate of men — and, strangely, are more likely to have animal-related phobias, Maurya adds. “It is a play of our genetics, environment, mental processes and experiences,” she says.

“Either factor alone can be enough to result in a phobia or other anxiety problem,” McMahon says. Most phobias typically develop during childhood or early adulthood. “While some people have been anxious ‘all my life as long as I can remember,’ we also learn from what we are told, what we experience and what we see others do. So if a parent has a phobia, the child is more likely to develop the phobia.”

Exposure therapy, like in the snake example above, is often considered the most effective method for overcoming a phobia because “you don’t get over a fear by avoiding what you’re afraid of,” McMahon says. Medication and other forms of therapy can play a role as well.

The ultimate goal is to shift your thinking about the phobia so that your actions and emotions can follow suit and you no longer become frightened of fear itself, she says. “You understand that it is a false alarm, that you’re not in danger, and that you can cope despite fear.”