As suicide rates reach new heights, researchers launch a quest to identify the genetic basis of the disorder. 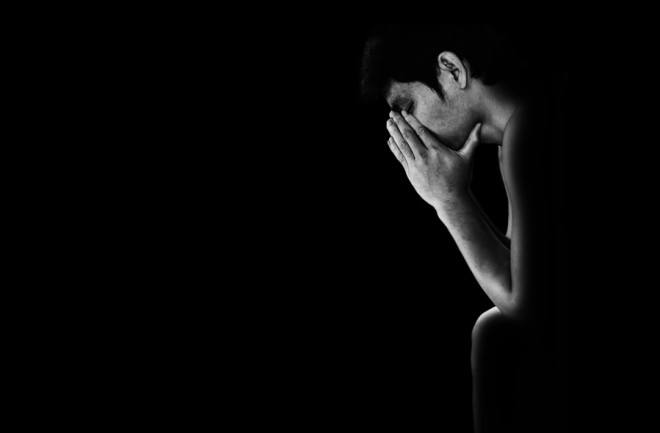 Jonathan Flint grew up surrounded by the notion of suicide. The bookshelves in his childhood home in London were filled with tomes on the subject, as well as on bereavement and counseling. His mother was an early volunteer at one of the first suicide prevention hotlines, and the friends she brought home were involved, too. He even accompanied her one afternoon while he was a university student, and talked to anguished people who had lost all hope.

Witnessing the devastation when one of his family members attempted to take their own life had a profound effect on him. Flint’s pursuit of psychiatry was a natural choice, he says now, but he also gravitated toward figuring out the underlying biological mechanisms that make us more prone to mental illness.

Now, as a psychiatrist, he finds himself as one of the experts at the forefront of a massive scientific enterprise to uncover the genetic links to depression. UCLA’s Depression Grand Challenge aims to cut in half the severe psychological burdens of the disorder by 2050, and to eliminate it altogether by the end of this century.

Flint certainly has his work cut out for him. More than 300 million people worldwide have depression, which the World Health Organization has called the No. 1 cause of disability. Depression can lead to suicide, which claims the lives of about 800,000 people annually around the globe.

In the U.S., suicide rates have jumped 33 percent in the past two decades. More than 47,000 people take their own lives each year. Drugs and talk therapies can help, and about 65 percent of adults with depression receive treatment. Yet even if they do, only half get some relief from their symptoms. In fact, this year’s FDA approval of esketamine, a nasal inhalant derived from the anesthetic and mood-boosting drug ketamine, was a landmark of sorts: It’s the first new drug for depression in 30 years.

The Depression Grand Challenge is led by Nelson Freimer, director of UCLA’s Center for Neurobehavioral Genetics and a professor of psychiatry, who calls the estimated $500 million program the “Manhattan Project for depression.” It will involve dozens of UCLA faculty members as well as other institutions, and includes researchers from many disciplines, from neuroscience, genetics and psychology to economics and engineering. “The conversation about depression is now really starting to happen in society, much more so than when we began five years ago,” says Freimer. “We’ve really captured the zeitgeist.”

They want to attack the illness in several ways: identify genes that play a role in triggering depression, and then devise better therapies; examine the efficacy of therapies like electro-convulsive therapy (ECT) and antidepressants to unravel how they work; use high-tech strategies to screen, monitor and treat people so depressive episodes don’t escalate into a crisis; and encourage more openness about depression so people seek help. But the project’s centerpiece is the quest to identify the errant DNA that makes people vulnerable to depression. To do so, Freimer and his team will conduct one of the largest genetic studies of a single disorder: It’s expected to run 10 to 15 years and involve 100,000 patients or more.

“In a complex condition like depression, there are lots of genetic effects and a lot of environmental contributions. That boundary is very porous and the two interact in different ways,” Flint says. “The genetic component is predisposing you to have bad things happen. If you could get the genetic approach to work, then you’ve got a biological handle on the condition that would really help.”

We’ve long known there is a familial component to this form of mental illness. Studies showing major depression clusters in families date back to the early 20th century, and a series of twin studies over the past decade has confirmed that 38 percent of twins will share depressive symptoms.

“Genetics account for about two-fifths of [a patient’s] overall vulnerability,” says Kenneth Kendler, the director of the Virginia Institute for Psychiatric and Behavioral Genetics at the Virginia Commonwealth University and a psychiatrist who conducted the twin studies. “The drugs we have now are safer with less side effects, but they’re no more effective than ones that have been around for decades. Part of what molecular genetics does is identify pathways that make us vulnerable to depression. Traditional approaches haven’t panned out, so molecular genetics may be the best road.”

But nailing down the actual genes responsible for depression has proved elusive for several reasons. Symptoms, severity and recurrence of episodes can vary greatly among people with the disease — especially between men and women — which suggests they may have other mental disorders. Previous large-scale population studies, which encompassed more than 25,000 volunteers, have come up mostly empty.

In 2015, Flint and Kendler were the first to identify two genetic markers, in a study of more than 5,300 Chinese women with severe depression. To eliminate the confounding variables, the researchers looked at a sliver of the population most likely to have major depression: women in China who had had multiple depressive episodes. Almost none smoked, drank or used illicit drugs, and they were all of Han Chinese ethnicity.

“There’s more stigma in China, and mental health services are more stretched, so the people who got into the hospital had to cross more barriers and were much more severely depressed than we would have found elsewhere,” says Flint, who was then at the Wellcome Centre for Human Genetics at the University of Oxford. “The major lesson from that study was, ‘This is just a start; this is proof that these genes can be found and that this problem was tractable, that we could actually do something about it.’ But it needs to be done on a much bigger scale, with bigger samples and more detail.”

Flint got the chance at that bigger scale by moving to UCLA, with the potential of tapping into the 2 million patients in UCLA’s healthcare system. But right away, he and his team hit an ethical stumbling block: Since there are many patients who aren’t being treated for depression, how could they study them and not provide some kind of relief?

As a consequence, before embarking on the genetic study, the researchers needed to offer counseling to people with depression. They couldn’t overwhelm mental health clinics with referrals, so they came up with an innovative solution: a smartphone mental health tracker app that can gauge whether someone is feeling blue or has full-blown depression. “Even using GPS, which tracks where people are and how they move about, gives us useful diagnostic information — which was a real surprise to me,” says Flint. “In a very simple sense, if you’re moving around less, that’s predictive of your mood.”

The smartphone app is part of a more comprehensive platform called STAND (Screening and Treatment for Anxiety and Depression), which researchers hope will solve their ethical dilemma and ensure all the genetic study participants receive treatment.

Since 2017, when STAND initially launched, about 5,500 UCLA students have been screened. Nearly 800 of them have been offered treatment through an online self-guided therapy program that teaches participants cognitive behavioral techniques. They learn new ways of thinking to help them cope with symptoms of mild to moderate depression.

Periodically, fellow student volunteers check in through in-person or video chats to keep participants motivated and to prevent emotional troubles from escalating out of control.

In the near future, Flint and his team hope other colleges use the program as a template. “There is now good evidence that psychological therapies delivered over the internet are effective,” says Freimer. “We simply don’t have enough psychiatrists to provide treatment for all the people who need it. We need to employ treatments that are scalable and can treat those who haven’t had access before.”

In the meantime, now that a workable treatment platform is in place, recruitment for the larger genetic study has begun. But even scaling up to 100,000 people may not be enough to spot the genes behind this devastating mental disorder, says Flint.

Those he met in adolescence have stayed with him, though; Flint’s quest will continue until he finds some solace for the millions like them.

Linda Marsa is a Discover contributing editor. This story originally appeared in print as "The Manhattan Project for Depression."