Can Mindfulness Meditation Make You Smarter?

Dan Hurley is writing a book about new research into how people can increase their intelligence. His latest article for DISCOVER, published in April, was about how the brain forms memories. 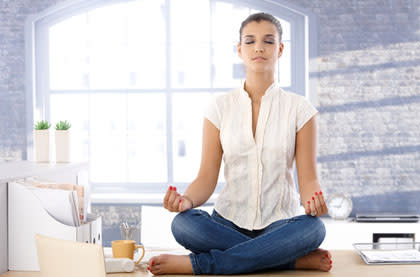 Can you consciously increase your intelligence? That question was the title of an article I wrote

in April for the New York Times Magazine, examining studies showing that people who train their working memory with specially designed games show increases in their fluid intelligence

, the ability to solve novel problems and identify patterns. In particular, the article focused on a game called the N-back task

, in which a participant is challenged to keep track of spoken words or locations on a grid as they continuously pile up. While some skeptics doubt that anything as profound as intelligence can be increased in as little as a month by playing a silly game, far stranger methods are also being tested. And the results keep getting published in respectable journals, showing significant effects. Perhaps the most seemingly absurd approach is the use of "first-person shooter" video games, like Call of Duty

at the University of Rochester have found that practicing the games improved performance on an array of untrained sensory, perceptual, and attentional tasks. Notably, the transfer is broad enough to improve trainees' ability to distinguish an auditory signal from white noise, despite the fact that no auditory training was involved in the games, and that two distinct brain areas are involved in auditory and visual processing. "This is not the first kind of activity you'd think is good for the mind," Bavelier told me. "But there is a whole field of research showing that executive control and the ability to decide whether to attend to something or not is a main determinant of intelligence. In that sense the games are making you smarter. Whether they will make you do better on an exam, I cannot say." Another surprising approach to raising intelligences comes from E. Glenn Schellenberg, professor of psychology at the University of Toronto. He has published three well-designed studies

showing that learning an instrument, taking voice lessons, or even just sitting through a computer-based music-appreciation course modestly but reliably boosts children's intelligence, as measured by a common and diverse intelligence test for kids

. A third method being investigated, mindfulness meditation, may also seem far-fetched on first blush, particularly when the website of a leading investigator

prominently displays a photo of the researcher with Goldie Hawn, the comedic actress. Then again, above the Hawn photo is one showing the same researcher, Amishi Jha of the University of Miami, standing with Colonel Walter Piatt, commandant of the U.S. Army Infantry School. Jha recently received a $1.7 million grant from the Department of Defense to study how mindfulness training can improve attention, a key component of intelligence. Now comes a new study, published online on June 11

in the Proceedings of the National Academy of Sciences, showing that a form of mindfulness meditation increases both the density of axons connecting neurons, and the myelin sheaths around those axons, within the anterior cingulate

, an area of the brain important for attention and self regulation. The findings are the latest from a continuing collaboration between Michael Posner, professor emeritus at the University of Oregon's department of psychology, and Yi-Yuan Tang, director of Texas Tech University's Neuroimaging Institute and chair of neuroscience in its psychology department. Posner, who has conducted decades of research into attention and executive control

, was intrigued by Tang's desire to test the effects of a type of meditation called integrative body-mind training (IBMT), adapted from traditional Chinese medicine in the 1990s. Under instruction by a coach who provides instruction on breathing, posture and mental imagery, IBMT encourages trainees to avoid controlling their thoughts, encouraging them instead to maintain a state of restful alertness while calming music plays in the background. In their first collaboration, published in 2007

, a measure of fluid intelligence

, the ability to solve novel problems and identify patterns. Compared to a placebo group who received only relaxation training, the effect on fluid intelligence was small but statistically significant. Participants in the IBMT group also had a significant decrease in stress-related cortisol, and an increase in a measure of the immune system's strength, secretory immunoglobulin A. 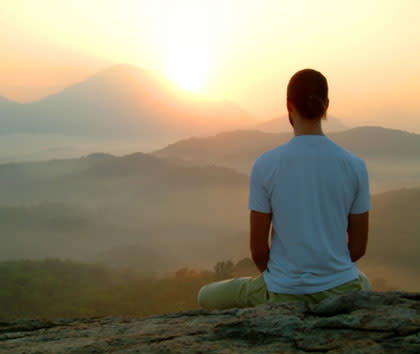 In a follow-up study, described in a 2010 paper

, Posner and Tang decided to see what was happening in the brain to produce such rapid changes associated with IBMT. Using a type of fMRI called diffusion tensor imaging

, they showed that the white matter inside the anterior cingulate became denser after four weeks of training. But in that study, they could not tell exactly what was causing the increased density. In the new study, they combined data from the 2010 paper with additional data from 68 undergraduates at Dalian University of Technology. After two weeks, they found an increase in the density of axons, the connecting fibers that extend from one neuron to another, in the anterior cingulate of participants being trained in IBMT. After four weeks, the researchers also detected an increase in myelin, the protective cover that surrounds axons and permits them to function normally. "These are the kinds of changes normally seen in childhood development," Posner said. "We saw them in just a month of training." If such rapid changes strike you as implausible, keep in mind that findings of short-term brain plasticity have become routine in neuroscience, associated with everything from learning to play golf

in older adults. And the research suggests that such effects can be associated with real-life gains in functioning—not just better scores on paper-and-pencil IQ tests. A paper published in December

, for instance, found that training working memory in older adults improved their performance in a test of everyday cognitive functioning, and a pilot study published last year

by researchers at Stanford University even found that cognitive training could improve the memory of people with mild cognitive impairment, a condition that often precedes a diagnosis of Alzheimer's disease. Before we conclude that meditation or video games truly make anyone smarter, it would be good to see some more—and more long-lasting—real-world results: higher grades, delayed cognitive decline, and even more of the actual achievements and discoveries and novels on which intelligence depends. So while research into raising intelligence is showing some quick benefits, it still has a long way to go. And that's the hard thing about achieving long-term results: They take a long time.