Can Boosting Immunity Make You Smarter?

The body's defense cells engage the brain in an intricate dialogue that may help raise IQ. 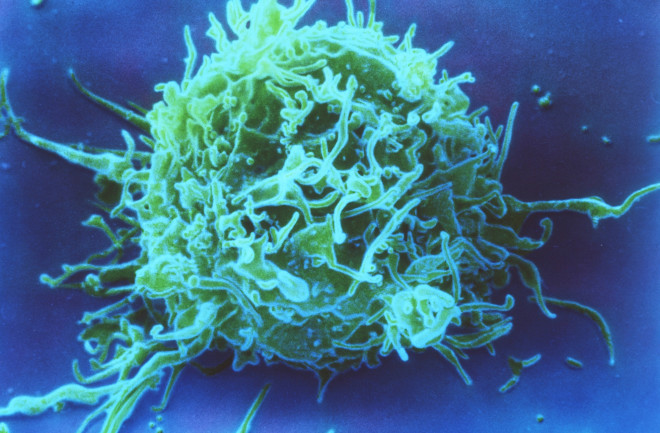 T cells, white blood cells that are a key part of the immune system, may also play an important role in cognitive function. NIBSC/Science Source

After spending a few days in bed with the flu, you may have felt a bit stupid. It is a common sensation, that your sickness is slowing down your brain. At first blush, though, it doesn’t make much sense. For one thing, flu viruses infect the lining of the airways, not the neurons in our brains. For another, the brain is walled off from the rest of the body by a series of microscopic defenses collectively known as the blood-brain barrier. It blocks most viruses and bacteria while allowing essential molecules like glucose to slip through. What ails the body, in other words, shouldn’t interfere with our thinking.

But over the past decade, Jonathan Kipnis, a neuroimmunologist in the University of Virginia School of Medicine’s department of neuroscience, has discovered a possible link, a modern twist on the age-old notion of the body-mind connection. His research suggests that the immune system engages the brain in an intricate dialogue that can influence our thought processes, coaxing our brains to work at their best.

Kipnis got the idea of an immunity-intelligence link while earning his Ph.D. at the Weizmann Institute of Science in Israel. His adviser, Michal Schwartz, was performing experiments to understand how the brain repairs itself after an injury. She found that the brain depends on a type of immune cell known as the T cell, which normally kills infected cells or leads other immune cells in a campaign against foreign invaders. Her research suggested that T cells can also send signals that activate the brain’s resident immune cells, microglia and blood-borne macrophages, telling them to protect the injured neurons from toxins released by the injury.

Without T cells, Schwartz and other researchers have found, the brain does a bad job of healing itself. Kipnis was fascinated by the discovery because he knew that T cells cannot get past the blood-brain barrier. Yet apparently they could significantly influence the brain from a distance. He wondered if T cells did more for the brain than just help heal wounds. “The crazy idea came to me: What if we needed T cells for healthy brain function?” Kipnis says.

To test the idea, Kipnis performed an experiment on mice. He reared two groups of the animals, one group that was normal and another that lacked T cells. Otherwise they were genetically identical. Kipnis then sent the mice to a colleague, Hagit Cohen at Ben-Gurion University of the Negev, to see how well they could learn a new trick.

Cohen subjected the mice to a learning test known as the Morris water maze. She put them in a pool of water, where they started to swim frantically. Just under the surface of the water was a hidden stand. If the mice could find the stand, they could climb onto it and stop their desperate swimming. Over several rounds, the mice learned where the stand was hidden and swam straight for it.

After testing the animals, Cohen—who didn’t know the details of Kipnis’s research—gave her colleague a call. “She said, ‘One of the groups of the mice you sent me are real idiots. I’ve never seen such idiotic mice,’ ” Kipnis recalls. Those mice could not find the stand; they were also the ones without T cells.

If Kipnis’s crazy idea was right, he reasoned, then he should be able to make the idiot mice smarter by giving them back their T cells. He injected the cells into the mice’s bloodstream and gave the cells time to multiply and spread. Then he and his colleagues tested the mice again. With their T cells restored, they were idiots no more. They did almost as well as the mice born with normal immune systems.

Because the blood-brain barrier made it impossible for the T cells to affect the brain from the inside, Kipnis wondered whether they were maximizing their long-distance influence by getting as close as they could to the brain.

It has long been known that the membranes encasing the brain, called the meninges, are loaded with T cells and other immune cells. Kipnis and his colleagues wondered how smart mice would be if they had a normal supply of T cells everywhere in their bodies except the meninges, so he injected a compound into mice that prevented T cells from reaching the meninges. When those animals were put into a water maze, they, too, performed badly—just as Kipnis had predicted.

Kipnis is now investigating what exactly the T cells surrounding the brain are doing to make the brain work well. One strong possibility: They keep the rest of the immune system from inadvertently harming it.

When we learn something new, our neurons tear down old connections and build new ones. In the process they cast off lots of molecules. To the immune system, this waste may look like an infection or some other kind of trouble, resulting in inflammation and the release of harsh compounds that normally fight viruses but can also interfere with the brain and its function.

Kipnis suggests that T cells keep this process in check, differentiating between disease and ordinary stress and, when warranted, telling other immune cells to stand down by releasing antagonist molecules that prevent misguided inflammation.

The same T cells that protect the brain from inflammation also work to keep us sharp; and in what appears to be a feedback loop, the mere act of learning reinforces the effect. As mice learn something new, T cells in the meninges produce high levels of a molecule called interleukin 4 (IL-4). IL-4 is an immune system signal that curbs the inflammatory response and, according to research by Kipnis and others, also improves learning. Indeed, when mice lacking the gene for making IL-4 take the water maze test, they do badly, perhaps because their T cells lack a critical signal involved in fast learning.

This theory could explain why we lose our mental edge when we get sick, Kipnis says. When we’re healthy, T cells keep the immune cells in the meninges from inflaming the brain. But when we get sick, the T cells loosen their hold to let the immune system attack invading pathogens. The resulting inflammation helps clear out the invaders, but it also blunts learning. When we’re sick, Kipnis proposes, it’s more important to launch a powerful immune attack than to have a sharp mind. “Everything in life is priorities,” he says.

Kipnis has recently started to investigate what happens to people’s brains when they start losing T cells. People with cancer, for example, often suffer a loss of T cells when they undergo chemotherapy. It may be no coincidence, he argues, that chemotherapy is notorious for causing “chemo brain”—a fuzzy mental state in which patients have trouble thinking clearly. Kipnis proposes that without T cells to keep inflammation in check, immune cells in the meninges pump harmful compounds into the brain.

Old age also strips us of our T cells. The thymus, a strawberry-size gland in the chest, produces a steady stream of T cell precursors in our youth. But over the decades it shrinks until it’s barely visible. Kipnis proposes that with fewer T cells, older people cannot effectively suppress the inflammation around their brains—which could play a part in the cognitive decline that people experience as they age.

There are many other factors involved in how well we learn and remember things, but for the most part they are very hard to change. Drugs that might be able to rework neurons inside the brain and improve mental sharpness are often too big to get past the blood-brain barrier, for example. Dopamine, a molecule crucial for signaling between neurons, cannot cross this barrier, which is why its chemical precursor, L-dopa, is used instead to treat Parkinson’s disease. But the immune system offers a new way of changing our cognition and treating illnesses affecting the brain.

An experiment Kipnis and his colleagues carried out recently on mice missing T cells foreshadows how future brain-immune medicine might work. The scientists drew blood from old mice, whose supply of T cells was depleted, and isolated immune cells. They added IL-4 to the flasks where they reared those immune cells. Then the scientists injected the IL-4-exposed cells back into the mice. Afterward, the mice were able to learn well—presumably because their brains were no longer suffering from inflammation.

“Today we can’t really get inside the brain and fix things. But we can take the immune system out of the body, we can put it back in, we can do almost anything we want to it,” Kipnis says. “We could target the immune system and get benefits in the brain. It could be an amazing therapeutic tool.”

More From Discover
Health
What is Epilepsy and What Should We Know About it?
Planet Earth
We Share Smarts with Octopuses, and Now We Know Why
Mind
How Your Brain’s “Fingerprints” Could Diagnose Disease
Mind
Relaxing ASMR Sounds are Harder to Re-Create Than You’d Think
Mind
Supporting A Child’s Rapidly Developing Brain
Mind
Do Animals Like Dogs Experience Social Commitment Like Humans?
Recommendations From Our Store
My Science ShopDiscover STEM Kits
My Science ShopDiscover 2022 Calendar
My Science ShopStrange Science
My Science ShopElements Flashcards
Shop Now
Stay Curious
Join
Our List