BSG at the World Science Festival: The Real Cyborgs Are Coming 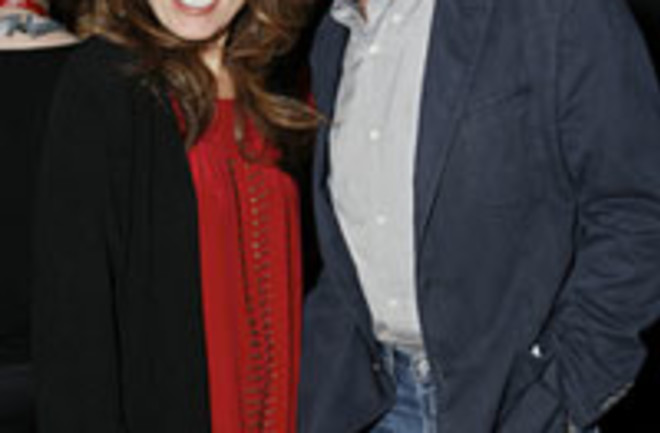 Put two stars of Battlestar Galactica on stage with an artificial intelligence expert and two leading robotics professors...and you suck the sci-fi out of the room and replace it with reality (sort of). The World Science Festival event "Battlestar Galactica: Cyborgs on the Horizon" drew a large crowd at the 92nd Street Y on Friday night, for a discussion of how human brains might soon fuse with computer chips to create real cyborgs. Moderator Faith Salie introduced the panelists: Nick Bostrom, director of the Future of Humanity Institute at Oxford University; Michael Hogan, also known as Colonel Saul Tigh; Hod Lipson, director of the Computational Synthesis group at Cornell University; Mary McDonnell, a.k.a. President Laura Roslin; and Kevin Warwick, professor of cybernetics at the University of Reading in England. Salie asked each panelist to define what a cyborg is. Everyone had different answers: Warwick said it's something that is part human, Lipson said it’s a moving target or a physical device that takes on biological life, and Bostrom said it’s the essence of human intelligence. When asked about what research the stars had to do prior to playing their role, Hogan said researching how to be a robot for the part was more about understanding mental illness. "I had irritable shell shock, chronic pain, and was not well--off balance. Lots of people in the world are in chronic pain," he said. McDonnell weighed in after experiencing the world of cybernetics for herself through her role in the show: "If we can find a way to use parts of the brain that are dormant, more creative, and less fearful—I would like to be more efficient, more active.." Warwick, whose research, as well as Lipson's, served as inspiration for the show, explained how he was creating a biological brain in a petri dish. By applying an external voltage to the dish, he was able to create brain activity. Lipson had a different approach: He tried to breed the robots instead of designing them from scratch. When he showed a short video clip of it, Salie remarked, "It looks like a drunk starfish." Warwick said the robots developed in the military right now are designed to destroy humans. “We are now pushing things to act quite negatively towards humans,” he says. The thought of upgrading our brain is appealing for a number of reasons—or, at least, Warwick thought so, since he had a chip surgically implanted in his brain to link him directly to the Internet. One thing he experienced was the touch of a robot picking up something. "It felt like a hand applying force," he said. He even had a special necklace made for his wife that was hooked up to his brain, and it lit up to show his mood. And Bostrom left us with something interesting to chew on: When robot AI reaches the complexity of the human brain, robots should be treated the same as humans, whether or they are based carbon or silicon atoms.