The best way doctors have to find out how much pain a patient's in is to ask---but that approach can fall short when someone's unable to speak, exaggerating or downplaying their condition, or just plain unsure how to rate their pain on a 10-point scale. Because of these problems with self-reporting, scientists have long been looking for an objective, physiological measure to quantify pain. A recent brain scanning study, in which the researchers could pick out painful experiences based on neural activity, brings that goal closer. How the Heck: 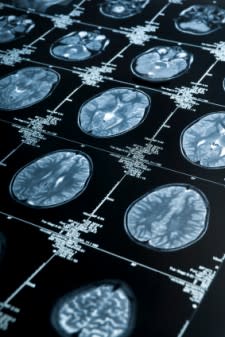 The Future Holds: In addition to looking at varying levels of pain, the team wants to see whether this technique can be used for different sorts of pain---for instance, pain from a wound or a pinched nerve rather than heat. They're also investigating whether brain scans can measure not just single episodes of pain, but chronic pain, as well. Reference: Justin E. Brown, Neil Chatterjee, Jarred Younger & Sean Mackey. "Towards a Physiology-Based Measure of Pain: Patterns of Human Brain Activity Distinguish Painful from Non-Painful Thermal Stimulation." PLoS ONE, September 13, 2011. DOI: 10.1371/journal.pone.0024124

Face Selectivity in the Blind Brain