Brain Cells With Alzheimer's Disease Grown in a Petri Dish 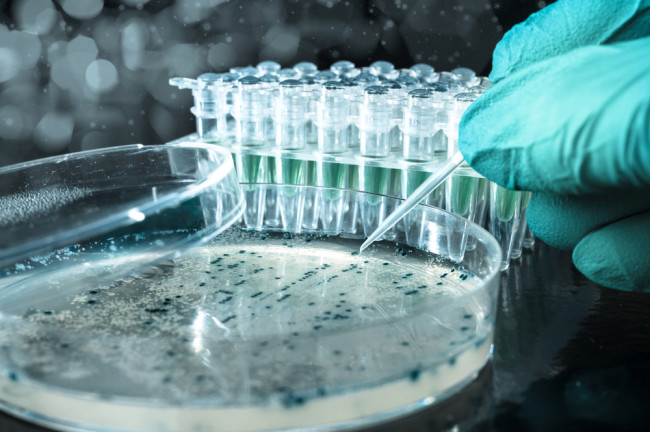 There’s a new tool for researchers in pursuit of a cure for Alzheimer’s disease: lab-grown brains. For the first time, neuroscientists from Massachusetts General Hospital have grown functioning human brain cells that develop Alzheimer’s disease in a petri dish. The breakthrough offers researchers a new method to test cures and decipher the origins of the disease.

To be clear, a fully functioning brain is not what’s grown in the lab. Rather, what results is a culture of neurons behaving like they would in the brain. The process begins with human embryonic stem cells, which can transform into any cell within the body. Researchers grew the stem cells in an electrically charged mixture of chemicals and turned them into neurons. Then, they genetically engineered the neurons to express mutations associated with Alzheimer’s disease. Specifically, the neurons produced high levels of proteins called beta amyloids, which cause plaques and coils known as tangles to form — telltale signs of Alzheimer’s. Researchers placed their homemade neurons into a petri dish filled with a gel. Within six weeks the neurons took root and grew into 3-D interconnecting webs like you’d find in the brain. More importantly, the cells formed plaques and tangles like someone with Alzheimer’s. Researchers published their findings

this week in the journal Nature.

that the accumulation of beta amyloids gives Alzheimer’s its start. Researchers believe inhibiting enzyme that triggers production of beta amyloids could be a therapeutic target. Secondly, producing petri dish brains serves as a safe and ethical way to test experimental drugs on human brain cells. “It is a giant step forward for the field,” said Dr. P. Murali Doraiswamy, an Alzheimer’s researcher at Duke University told the New York Times.

people in the United States have Alzheimer’s, and millions more are in some way touched by the disease through friends and relatives. Perhaps a cure will someday be found in a petri dish right beneath our noses.

Inside One Company’s Quest to Develop a COVID-19 Antibody Treatment: A Q&A with Regeneron’s George Yancopoulos

The SciencesEvent Horizon Telescope Looks Into a Black Hole's Jet