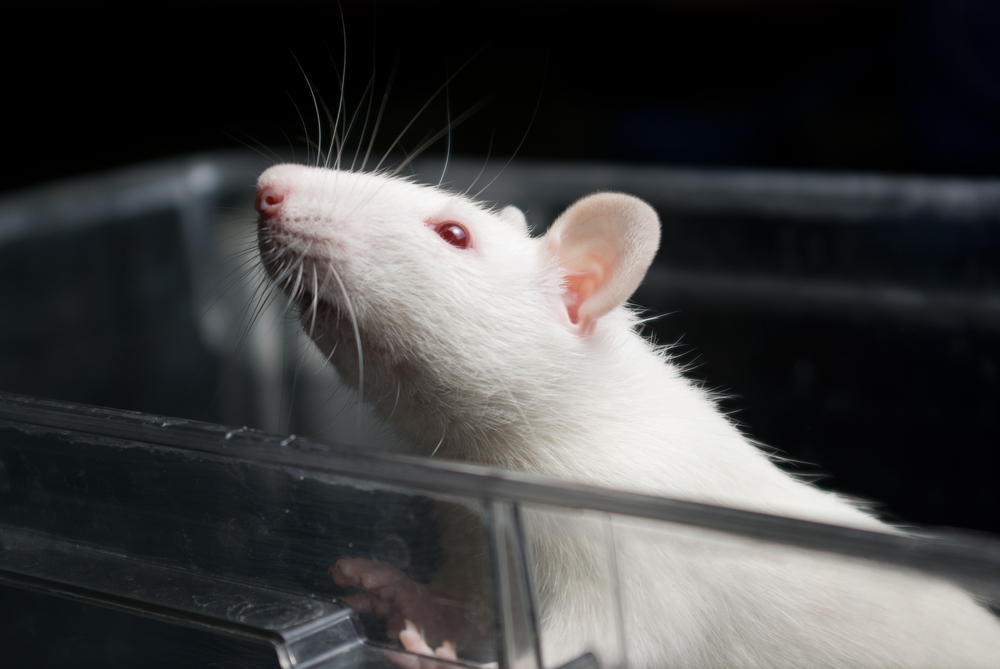 Seeing the world around you doesn’t necessarily require a set of eyeballs, and blind rats have just proven it. In a recently published study, blind rats fitted with geomagnetic compasses that sent electric signals to their brains quickly learned to navigate a maze just as well as rats with full vision. The results, researchers say, hint at the extraordinary sensory flexibility of the mammalian brain, and could yield devices that could help blind people safely navigate in their environment.

In terms of perceiving our world, our eyes, ears, nose, skin and tongue do a pretty good job. However, as far as the brain is concerned, these organs aren’t really necessary to make sense of the world. For example, scientists have proven that after surgery ferrets’ auditory cortex can respond to visual stimuli from the eyes — i.e., hearing with sight. In fact, there's an array of devices that substitute one sense for another to help blind people "see." The brain simply needs signals that correspond to the environment in order to help us get by. With this in mind, scientists attached tiny geomagnetic compasses — similar to what you would find in a cell phone — to the heads of blind rats. Each sensor had two prongs that were inserted into the rats’ visual cortex. The device automatically sensed the rats’ head direction, and fired accordingly. When the rat was looking north, the right prong fired, and when rats were looking south, the left prong fired. Researchers then trained blind and sighted rats to find food in a T-shaped maze. The reward was always placed on the east arm, so when researchers flipped the T-shaped maze from a north to south orientation, rats would need to turn left rather than right and vice versa. Sighted rats relied on visual cues to determine whether a left or right turn would lead to the prize. But their blinded counterparts fared just as well at finding east. Researchers conducted 20 trials for 9 straight days, and by the fifth day blind rats with the geomagnetic headgear were immediately picking the correct turn 90 percent of the time — similar to sighted rats. It appeared the rats quickly adapted to the new sensory experience and used it to understand their world. Researchers published their findings Wednesday in the journal Current Biology.

Researchers’ believe their device essentially restored rats’ allocentric sense, or the ability to gauge the position of their bodies relative to their environment. However, they aren’t 100 percent certain. The blind rats may have navigated the maze by executing a series of behaviors based on “right” or “left” stimulation from the device, similar to pointing your finger for a dog to sit. More sophisticated testing will allow researchers to say conclusively whether the device actually restored rats’ allocentric sense. Their findings could someday form the basis for a novel sensing device for blind humans. Although there’s still more to learn, researchers say their results prove just how adaptable the mammalian brain is. Our brains seem ready and willing to illustrate the world with new sensory inputs above and beyond the five senses. Researchers believe humans could expand their sensory buffet with artificial sensors that allow humans to see in the infrared or hear ultrasonic sounds. But as for whether any of us want that sensory cornucopia, well, that's another matter.