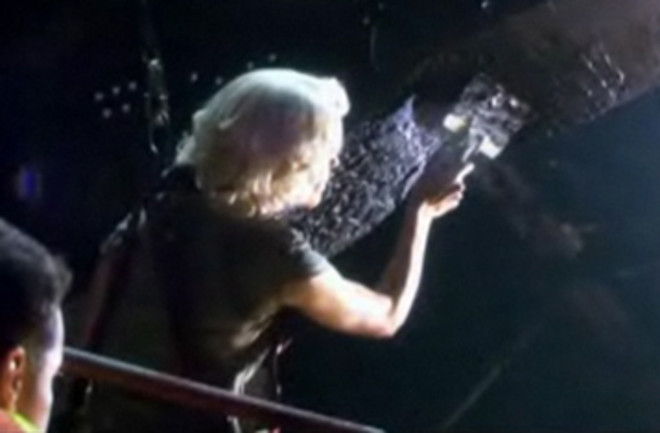 In a comment to Stephen's last Battlestar Galactica post, Bionic Man asked: "Is there a real-world equivalent to the Cylon bio-metal? How far along is research into self-repairing materials?" At this stage, the research into self-repair could best be described as promising — certainly promising enough to motivate several of the top materials research teams in the world to work on the project, and promising enough to inspire significant investment by major corporations like Airbus. Plus, anyone who solves the myriad problems behind self-repair is sure to be richer than Midas, maybe even richer than Bill Gates. The most mature research doesn't really involve a spray on fix-it like the one the Cylons offer so much as self-repairing capacity built right into the materials. Oh and I should clarify, while some scientists are looking at metal oxides as way to create self-repairing metal, the future of this field can be summed in one word: Plastics. Because polymers can be manipulated relatively easily, researchers seem to be focusing most of their efforts there. One technique relies on layering materials with alternating hardened structural layers and soft repair layers. When a structural layer breaks, the repair layer flows into the crack and hardens on contact with the air outside, or some other stimulus. But there is always the possibility of leaks and trouble with keeping the repair material fresh and ready over the long haul. Instead, researchers are focusing on microencapsulation. Instead of using a layer of repair goo, they distribute tiny balls filled with repair stuff throughout the matrix of the material. Each ball would resemble an M&M, with a hard outer layer and delicious choco- err, soft repair material in the center. When cracks in the structural component appear, the balls could potentially be activated by the force of the break, by heat, or by some more complicated catalyst embedded in the material. Once activated, the shell would break, and the liquid center would flow into the crack and harden. But that's still not quite what the Cylons have given our doughty Galactica crew, now is it? Their stuff is some kind of living outer coating that can hold together Galactica's hull indefinitely. Technology of that sort is the goal of David Bramston and Ron Dixon at the University of Lincoln (UK). Looking to nature for inspiration, they realized that biofilms offer a model for fix-it spray. Typically, we think of bacteria floating free in the air. But in biofilms the bacteria form colonies along the outer surface of some object (think the rocks near the ocean, or your teeth) and then secrete a protective outer layer. Certain kinds of bath tub scum (the hardest to clean kind) are biofilms, and so is dental plaque. Since the bacteria naturally repair breaks in their outer coating, Bramston and Dixon realized they could provide a model for creating a shell around metal or plastic that would then fix cracks as they occurred. Scientists at the Scripps research Institute are already developing algae that can produce the raw materials for plastic. It doesn't seem a huge leap to combine the traits of biofilm and the traits of producing plastic into a single organism. Although we're still pretty far from having any kind of commercial product, it does seem to be a technology on the way.