ASMR of Nature: How Natural Sounds Can Lower Stress and Improve Anxiety and Depression

Looking for a natural mood booster? It might be time to get back to nature. 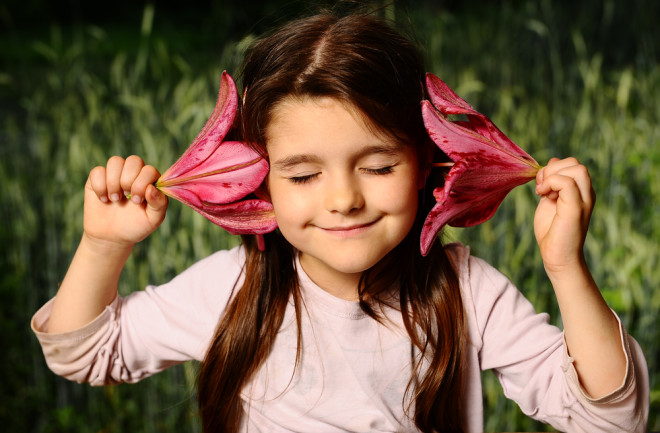 It’s no secret that nature is good for our health. A breath of fresh air, a brisk walk through the park or basking in the summer sun — all of these ecocentric activities can leave you feeling relaxed and refreshed. Greater contact with natural environments have been linked to a plethora of physical and mental health benefits, such as reduced stress and improved energy. Now we can also add natural sounds to the list of pros: Recent findings confirm that nature sounds have a therapeutic effect on humans, and can significantly improve one’s mental health.

There’s something soothing about hearing the crash of ocean waves or birds chirping in the morning that provides a sense of calm and stillness. Turns out, there's a physiological reason that explains the restorative powers of nature’s sounds.

Researchers at Brighton and Sussex Medical School in England explored the healing properties of nature, and its connection to our brain and body, in a 2017 paper in Nature. Seventeen adult participants listened to a series of five-minute sound clips of both natural and man-made environments. As each clip was played, the scientists scanned the participants' brain activity using fMRI machines. The scans showed that the natural sound clips physically affected what's known as the Default Mode Network in all of the participants' brains. This region is responsible for a “task-free” state of wakefulness that promotes relaxation. In other words, nature’s sounds diminished their body’s natural fight-or-flight instincts, which then prompted feelings of restoration.

Meanwhile, artificial sounds, like traffic noises or construction, had a different impact on participants. These sounds were shown to decrease concentration and increase attention focused inwards, including excessive thoughts or worries about oneself. This type of self-focused thinking has been linked to increased depression and anxiety.

We know that the sense of calm instilled by the of babbling of running water or a gust of wind is due to changes in our brain activity. But do how we maximize the health benefits of these sounds? A study published in the Proceedings of the National Academy of Sciences this April explored how spending time listening to natural sounds, particularly within national parks, may do the trick. The researchers analyzed sound recordings from 251 sites in 66 national parks across the U.S. The results showed that people who listened to the sounds of nature experienced improved mood, lower stress and better cognitive performance. Water was found to be the most effective at evoking positive emotions, while bird noises were the most successful in reducing stress.

Rachel Buxton, a conservation biologist at Carleton University and an author on the study, stressed the importance of these sounds as an important natural resource. The same benefits felt by the study participants, she says, can be found in everyday life by increasing our exposure to nature through nature-based therapy, or eco-therapy. The concept promotes healing through nature; like, for example, more people visiting natural parks and immersing themselves in their aural environment. According to Buxton, such practices could have the potential to improve overall public health.

Sadly, our relationship with sounds in nature is often selfish and one-sided. "As visual creatures, humans tend to focus on the visual environment of a park — the expanse of the grand canyon," says Buxton. "We would never dream of disrupting these beautiful landscapes with development." However, the same can't be said for the acoustic environment. Natural soundscapes are often disrupted by the sound of vehicles and aircrafts, which can even lead to noise pollution.

Our ancestors had the right idea to live in harmony with nature. Today, increased urbanization has led to destruction of natural habitats and increased noise pollution. The World Health Organization found noise to be the second largest environmental cause of health concerns, falling just behind air pollution. Noises due to traffic and construction may be seen as an unavoidable byproduct of urban living, but they still continue to negatively impact our health. These sources of noise pollution can cause sleep disturbances, leading to stress and fatigue. Long-term exposure to these sounds can also impact cognitive functions, like lowering our concentration, and result in both physiological and psychological stress.

This makes sense from an evolutionary context. "Humans are really good at attending to signals of danger and safety," says Buxton. That's why an area full of natural sounds is a pretty good indicator of a safe environment, she explains, promoting relaxation and mental recuperation. Noise pollution disrupts this natural sound by contaminating an acoustic environment with unwanted or artificial noises. This can often indicate that something is wrong, leading to increased worry and anxiety.

There are a few things we can do to reduce the negative effects of noise pollution. Turning off electronics and appliances is one way to ensure quality sleep. Soundproofing can also prove to be an effective method. This can be done by insulating your home to protect it from disturbing noises from the outside world.

A natural way to combat distress from noise pollution is to simple: Increase your exposure to sounds in nature. Buxton recommends increasing your awareness of the beauty of natural sounds. When you step outside, pay attention to the leaves rustling in the trees or the birds singing and tune-in to your surroundings. Now, thanks to an abundance of nature apps and sound machines, you don’t even need to be in the wilderness to feel this sense of calm. Next time you’re feeling overwhelmed, try tuning in to the natural world a little more attentively for an easy pick-me-up.