Artificial Blood: Coming To A Hospital Near You? 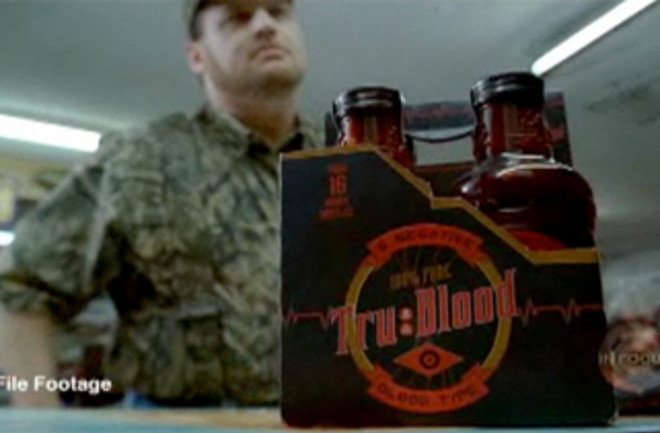 The theme of HBO’s new series, TrueBlood, is based on a Japanese scientist’s invention of synthetic blood. The breakthrough allows vampires to “come out of the coffin” and progress from freakish villains to fellow citizens. (Just stop into a local TrueBlood bank for a snack, and humans are off the menu.) Similar bloody ideas have surfaced before-you may remember a literal bloodbath on last year’s third episode of Terminator: The Sarah Connor Chronicles. Cromartie, a damaged terminator on a mission to do what terminators do best, finds a scientist who is working on a formula for in vitro skin growth. He offers the scientist a formula for ridiculously fast-growing flesh in exchange for help growing skin to cover his robotic body. At the end of the episode, a gruesome Cromartie rises from a blood-filled bathtub, his body covered in a disgusting layer of drippy synthetic skin. Artificial blood exists in the real world, but not without its problems. Natural blood has many components (red blood cells for oxygen, platelets for clotting, white blood cells for the immune system, and plasma protein). Artificial blood is designed for one main purpose: to carry oxygen and carbon dioxide. In April of 2008, a team of researchers found that blood substitutes boosted chances of dying by 30% and nearly tripled the risk for heart attacks. Understandably, no products have been approved for general use in the US or Europe. Artificial skin exists too. Researchers in Leipzig, Germany grew skin by plucking a few hairs off the back of a patient’s head, and extracting adult stem cells from their roots. The cells multiply in a culture for about two weeks, then the nutrient solution is reduced until it no longer covers the upper sides of the cells, which exposes them to air. The increased pressure exerted by the oxygen on the surface of cells causes them to differentiate into skin cells. Impressive, though not as magically fast as Cromatie’s formula. Biotech companies are also creating products like Apligraf, a skin repair therapy for sores and ulcers. It has layers of cells like normal skin, but no sweat glands or hair follicles. One tasty side note: People for Ethical Treatment of Animals (PETA) hopes to put artificial tissue on the menu (literally), by 2012. They’re offering a $1 million prize for the person to make the first in vitro chicken meat and sell it to the public. The real question is, will people eat it? The thought of chowing down on a Petri dish of synthetically grown rabbit leg isn’t exactly appetizing to everyone. But the right packaging (pretty much anything looks good in burger form) might do the trick, and save billions of animal lives. -- Amy Barth