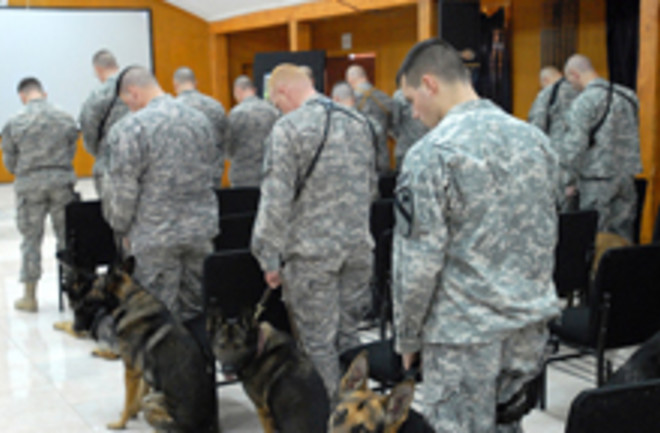 In the hopes of combating rising suicide and mental illness rates, the U.S. Army is implementing a mental stress training course for all 1.1 million members of the National Guard, reservists, and active-duty soldiers.

The training, the first of its kind in the military, is meant to improve performance in combat and head off the mental health problems, including depression, post-traumatic stress disorder and suicide, that plague about one-fifth of troops returning from Afghanistan and Iraq [The New York Times].

The program will be taught by Army sergeants in classes that generally last about an hour-and-a-half, and will begin in October at two bases before spreading to all service members. The training will also be available for family members and civilian employees. Common techniques taught in the courses seek to defuse or expose common habits of thinking and flawed beliefs that can lead to anger and frustration — for example, the tendency to assume the worst. (“My wife didn’t answer the phone; she must be with someone else.”) [

Still, no training has ever been shown to improve mental resilience and reduce stress in soldiers. Experts say that while the program isn't guaranteed to produce results, it could at least settle one of the most important questions in psychology: whether mental toughness can be taught in the classroom

. Before the program was introduced, some wondered if an organization that has generally avoided discussing feelings could accept being so open about emotions. In the end, however, many agreed that such training was necessary to better prepare soldiers and their families to cope with trauma, given the suicide rates, post-traumatic stress and brain injuries that can plague service members after deployment. “For years, the military has been saying, ‘Oh, my God, a suicide, what do we do now?’ ” said Col. Darryl Williams, the program’s deputy director. “It was reactive. It’s time to change that" [